Posts from the ‘Kahler//HAK’ Category

The first few images below are of one of the most impressive and beautiful mid century pieces I have ever had from Kahler Pottery, commonly known as HAK (Herman A Kahler), Denmark. It is a huge stoneware bowl by any standards, with the most intense and luxurious shade of 1960s turquoise (35cm in diameter x 10cm high x 2.92kg)

It is signed underneath with the HAK Kahler mark and “Nils”- for its designer Nils Kahler.

Kahler Pottery in Denmark began circa 1840 and operated continuously until its closure in 1974. All pieces of Kahler Ceramics from this period have the HAK logo hand-signed, and often a a set of numbers (the pattern and shape number as per standard practice).

Nils Kahler (1906-1979) was 4th generation Kahler and in 1940 together with his brother ran the workshop. Nils was the artistic director and his pieces were all signed ‘Nils’ to the underside of the base. The brothers went their separate ways in 1968 and the family pottery closed in 1974 (although the HAK brand name has now been revived and rebranded, selling beautifully designed and made ceramics, including some of the historical forms from the original Kahler output – see their website here )

The marking of ‘Nils’ to the underside of pieces ceased in 1968. This piece dates sometime close to 1968 I believe.

The colour of this piece – the deep turquoise blue along with the herringbone pattern was a signature design of Nils Kahler, and one of the most coveted series of his designs. 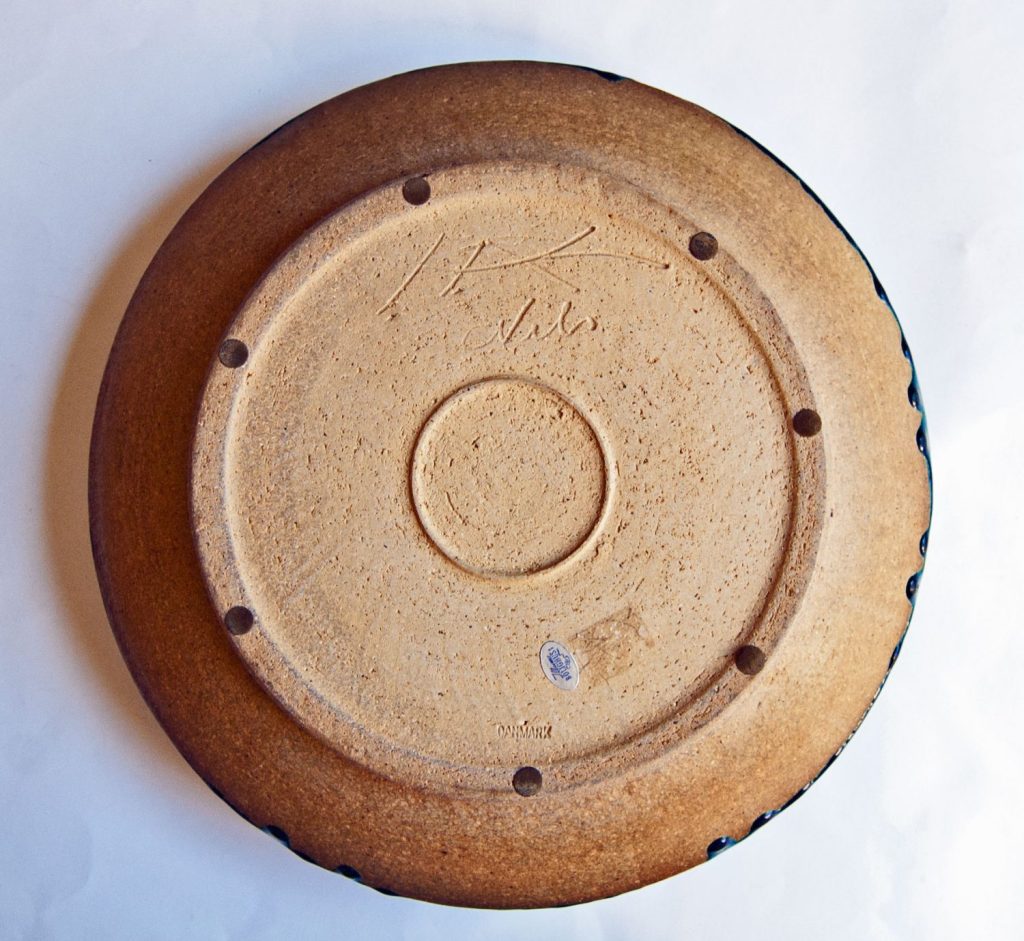 Below: 2 more pieces in the same style from the 1960s, by Nils Kahler END_OF_DOCUMENT_TOKEN_TO_BE_REPLACED