Posts from the ‘Bing & Grondahl’ Category

Ib Antoni (1929-1973) was a very well known and much loved graphic designer before his untimely death in 1973. He is known world wide for his now iconic poster design, especially for the posters of The Little Mermaid, Tivoli and Copenhagen.

I never knew until I discovered the ceramic wall plaques pictured in this post, that Antoni had designed a whole series of charming and very smart graphical and colourful designs for Bing & Grondahl – I presume late 1960s, early 1970s going by the style of design. The use of flat, graphical areas of bold colour, subtle detailing and outlining, really makes these designs pop.

I’m not sure how many designs were in the series, but from what I can make out, each of the stylised creatures represented on the plaques has at least 2 different versions. Absolutely charming…and unique.

I discovered also that some of these designs were made into carpets/rugs for Egetæpper and Unika Væv Denmark. 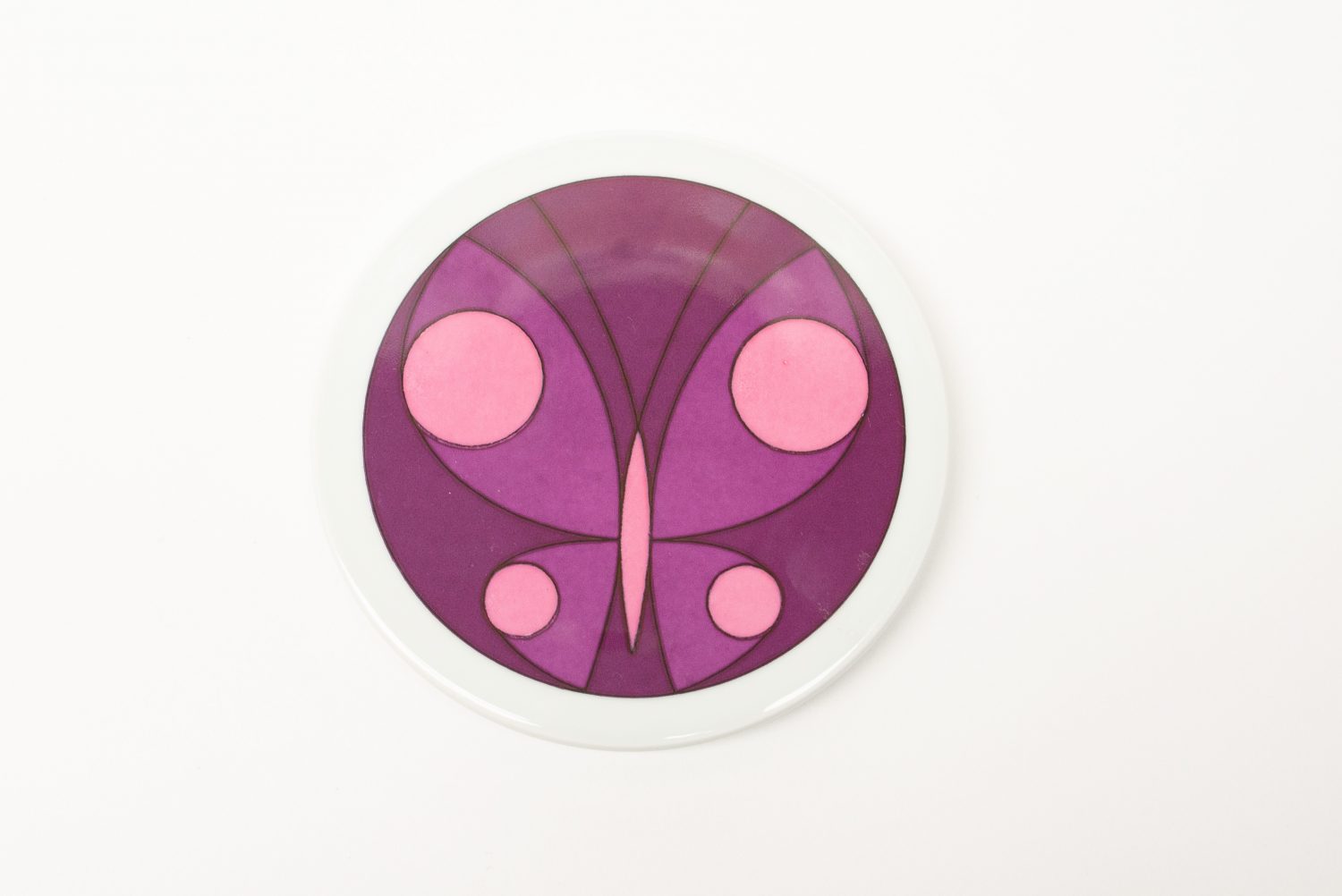 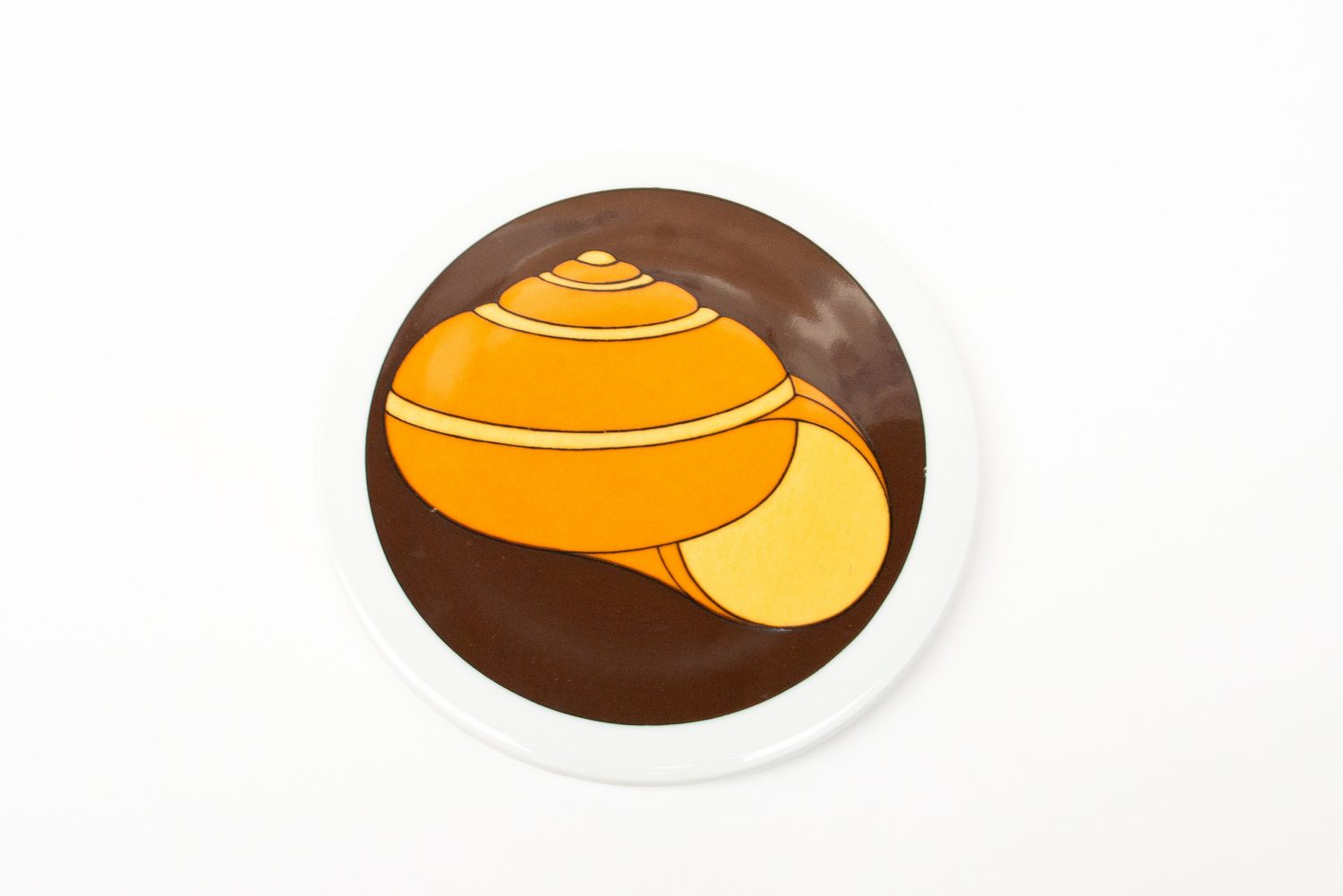 END_OF_DOCUMENT_TOKEN_TO_BE_REPLACED

I wasn’t getting far finding out much about the origin of these small midcentury Danish wall plates until I found a comprehensive entry on Wikipedia where there is the very informative entry below.

The secret in finding a link to relevant information on the web was apparently to use the word “plaquette” instead of “mini-plate”, “commemorative plate” or “royal Copenhagen plate” etc.

“Royal Copenhagen  no. 2010 plaquettes are a series of small, collectable plates produced by Danish factories, Aluminia and Royal Copenhagen. The numbered and named series of 80mm faience miniplates or “plaquettes” are generally round, though a few are square. The most common colours are moderate to deep blue on a white background, though some have additional colours.

On the front, each has a scene depicting boats, landscapes, people, animals, steeples, buildings, statues, bridges, windmills, and more. Some also have a date on the outside edge. A variety of artists have provided the detailed artwork, including Kai Lange, Jørgen Nielsen, and Sven Vestergaard

On the back, each plaquette has two pierced holes so the plaquettes can be hung for display. In addition to the number 2010, most (though not all) have an identification number, along with a description (usually in Danish, all capital letters) of the front scene. Some have the words “ROYAL COPENHAGEN DENMARK FAJENCE”, or just ‘DENMARK”. Some have the factory mark, three wavy lines one atop another. Some have a monogram. Some have the Royal Copenhagen modified beehive mark: a capital “A” representing the Aluminia factory with three wavy lines, representing Royal Copenhagen, as cross strokes. All plates manufactured after 1969 have a crown and the words “Royal Copenhagen Denmark”.

Because there was nearly no information/literature about the “2010” Series, Carsten Pedersen (a collector himself) wrote a collector’s catalogue.. The catalogue describes about 448 miniplates (plaquettes) from the “2010” series and other series (old and new) from Royal Copenhagen, Aluminia, Köbenhavns Fajancefabrik and Bing & Gröndahl, Copenhagen. The catalogue was privately printed and entitled “Royal Copenhagen, Aluminia, Bing & Gröndahl – Plaquetten-Miniplates Series 2010 and special editions”

END_OF_DOCUMENT_TOKEN_TO_BE_REPLACED

This very smart design from Bing & Grondahl is called “Tivoli”, and was designed by Martin Hunt c1970s.

Martin Hunt, Co-Designer of the award winning Hornsea Lancaster Vitramic and a huge number of other Hornsea designs  – also designed several dinnerware series for Bing and Grondahl and Rosenthal. The Bing & Grondahl designs  include Tivoli, Korinth and Cumulus (decoration by Carl Harry-Stalhane) .

The same forms Martin Hunt designed for Tivoli were also used on the series Delphi, Olympia,  Sahara, Troja, Corinth, Marrakech and Casablanca. All of these designs are now quite hard to get hold of.

If you want to see more Martin Hunt designs go to the V&A collections online here for Martin. They have a very large collection of his designs from the 1970s until current day, including some of the B&G designs mentioned above.