Posts from the ‘Holm Sorensen’ Category

The shapes for this very modernist looking series were designed by Holm Sorensen, and the pattern/glaze/decoration by Svend Aage Jensen in 1956. Many of the same forms were used on the now very rare “Zambesi” series by the same collaborators and other series in the same decade.

The base glaze on Burgundia is a satin black, and the pattern has various designs hand-painted in white, yellow and pale blue.

It is hard to know exactly how many forms there were in this series, but there seems to have been a large number – some of which are now very very rare – like the coveted Bull, and the Stork. 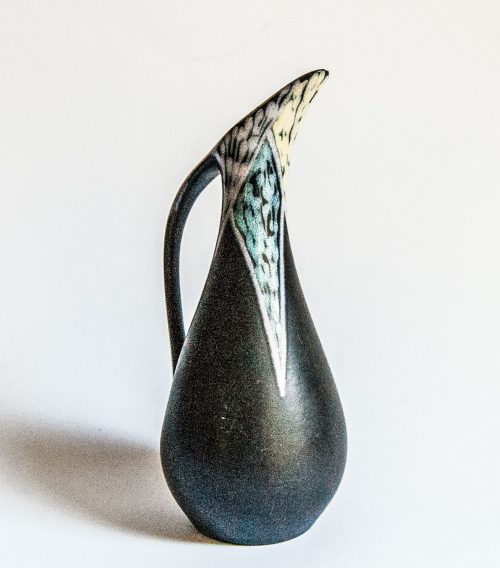 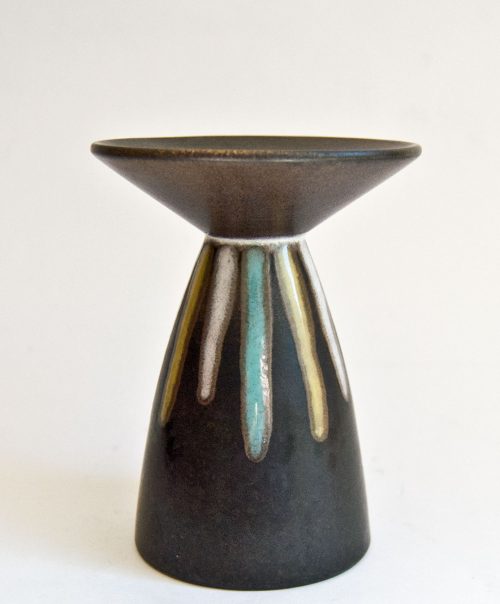 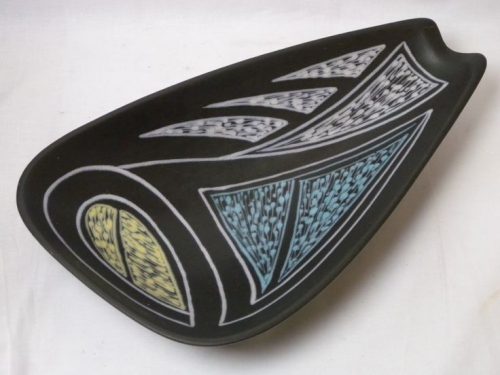 As often happens when researching ceramics, I come across 2 or more different series by the same producer with the same name – but very different in style and appearance.

The first vase pictured below is a Soholm Denmark Solsikke (Sunflower) Design vase on form no. 2036 (which is normally seen with the Soholm Burgundia pattern).

Its production dates to around 1958. It is now quite a rare design. Holm Sorensen is attributed to the form design and Svend Aage Jensen to the decor. Both the stylish form and the smart graphic design elements are immediately identifiable as designs of the 1950s. 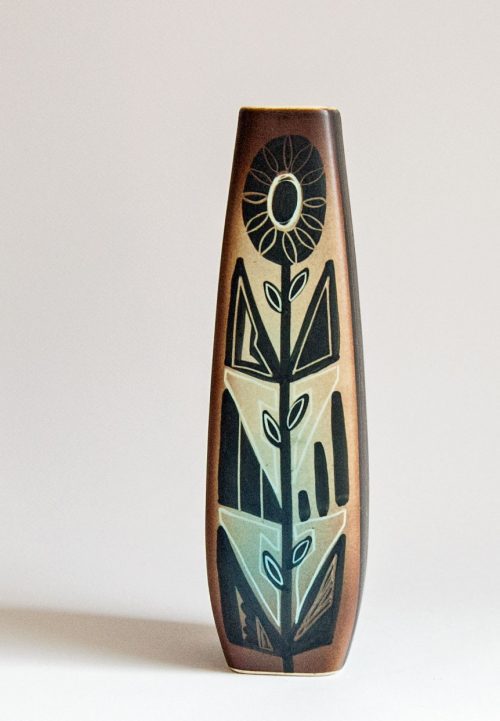 The next images are from a series at Soholm which has the same name, by Einar Johansen, and which was produced between 1966 and 1968. This series as a more rustic feel about it, and more “earthy” tones – again reflecting a different era of “back to nature” and the handmade. END_OF_DOCUMENT_TOKEN_TO_BE_REPLACED