I have had this interesting stoneware coffee pot for several years and have only just got around to doing a bit of research on its origin.

I had put it aside out of an auction purchase of a box of miscellaneous pottery, because something about it really stood out – the colour, form and glaze showed to me it was not made by an amateur.

My research shows that it turns out to be a piece by Danish Potter & Artist, Birte Vedel Howard.

Her husband Frank Howard also worked with Birte in her pottery for a while. 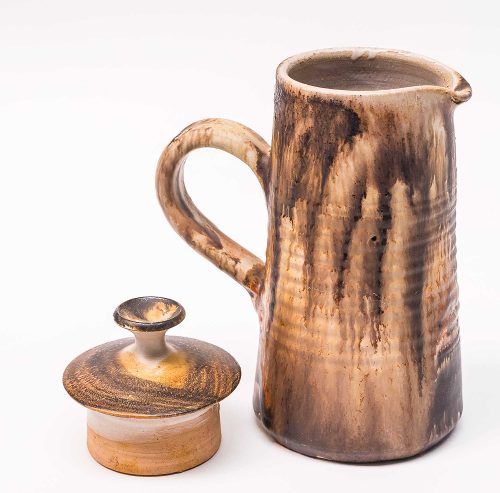 On return to Denmark she started her own workshop in 1962, and in 1982 moved to an abandoned brickworks, Katrinedal Teglværk, in Bryrup (near Aarhus) surrounded by nature which inspires imagination and her work. END_OF_DOCUMENT_TOKEN_TO_BE_REPLACED