Posts from the ‘Inkeri Leivo’ Category

Until recently I hadnt come across this fantastic design in real life.

The very functional, clean lined forms (The EH Series) were designed by Peter Winquist, for which he won an international ceramics design prize.

The decoration/design is by Inkeri Seppälä (better known as Inkeri Leivo) .

The decoration on Faenza came in brown, black, blue and yellow- and the blue is such an intense, vibrant colour – and tends to be the more collectable (and thus expensive version nowadays). As far as I have been able to find out the yellow and black were without any pattern, just the banding.

END_OF_DOCUMENT_TOKEN_TO_BE_REPLACED

The design featured here is “Pudas Arctica” by Inkeri Leivo (1944-2010), which is a variation of her now 20th Century design classic “Arctica” – which is still in production today.

Arctica has continued to evolve, with new variations even now still being added by current designers.

Arctica was designed as a large dinner service including baking dishes, tureen etc.  The design featured a slimmer and more elegant profile than previous Arabia designs due to new technologies.

The roundness of the design while being very contemporary, also alludes to the elegant forms of the 1930’s Art Deco era.

Inkeri had began her career in Arabia in 1971, and her clean, light and graceful designs were a change from the heavier forms coming out of Arabia Finland in the 1970s.  Amongst others, Inkeri also designed the popular “Saaristo”, “Kombi” “Harlekiini” & “Uhtua” lines. 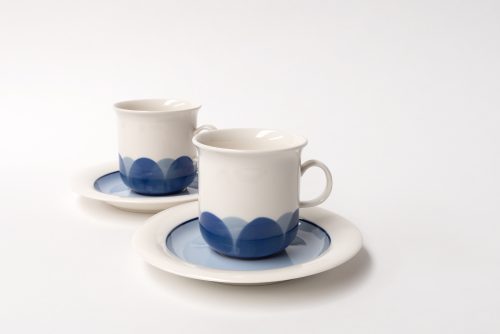 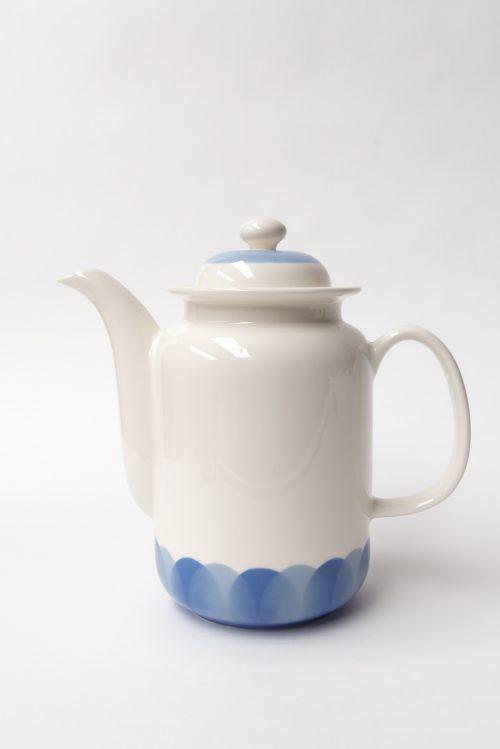 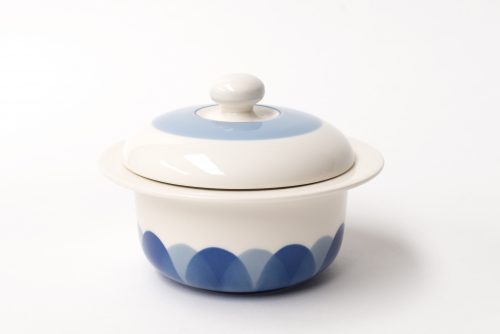