Posts from the ‘Roy Midwinter’ Category

While at Federated Potteries Roy designed a striking, but little known range of patterns including “Safari” (1986) pictured below, which echoed an increasing public interest in the designs of the 1950s.

Other designs by Roy Midwinter at Federated Potteries during this period were Calypso, Fireball and Tropicana – all with the nod to the 1950’s but having a much more 1980s or Memphis Style vibe to them I think.

Safari is by far my favourite. 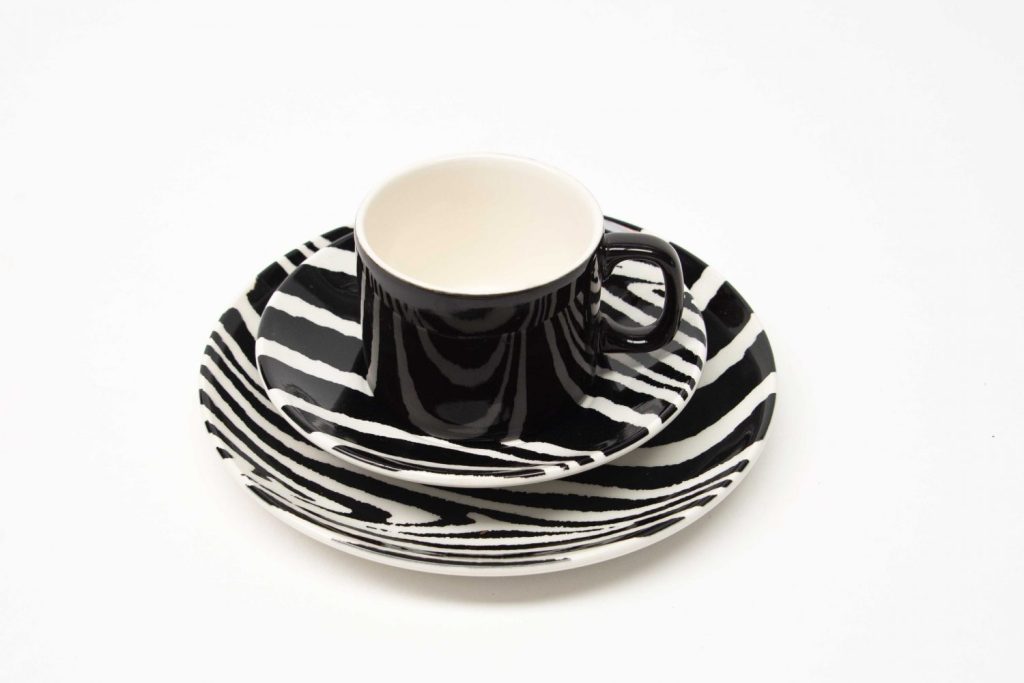 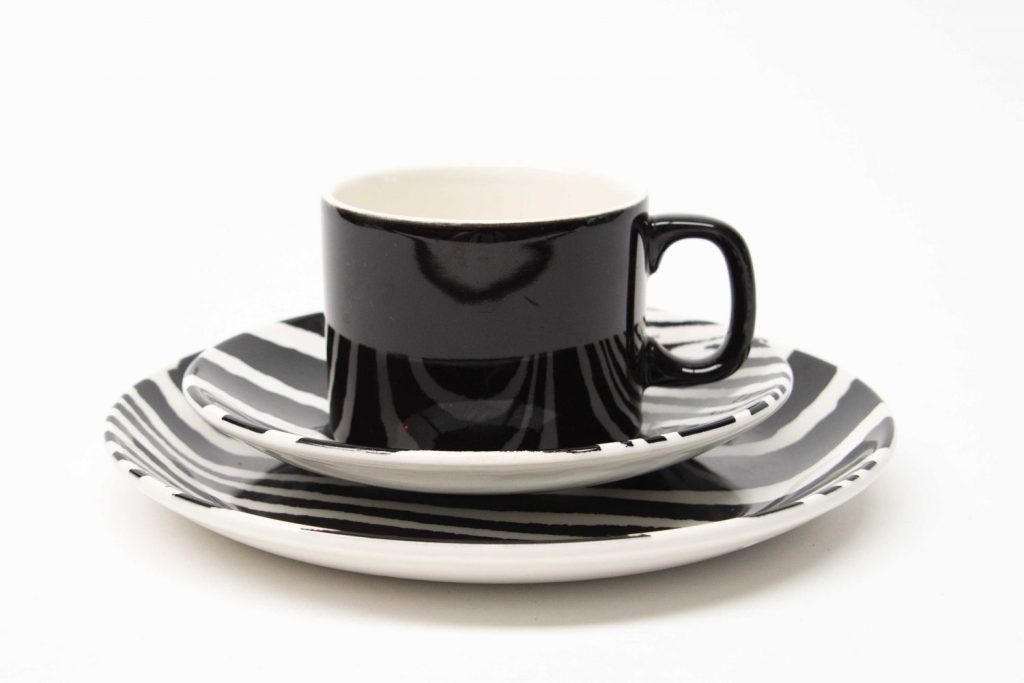 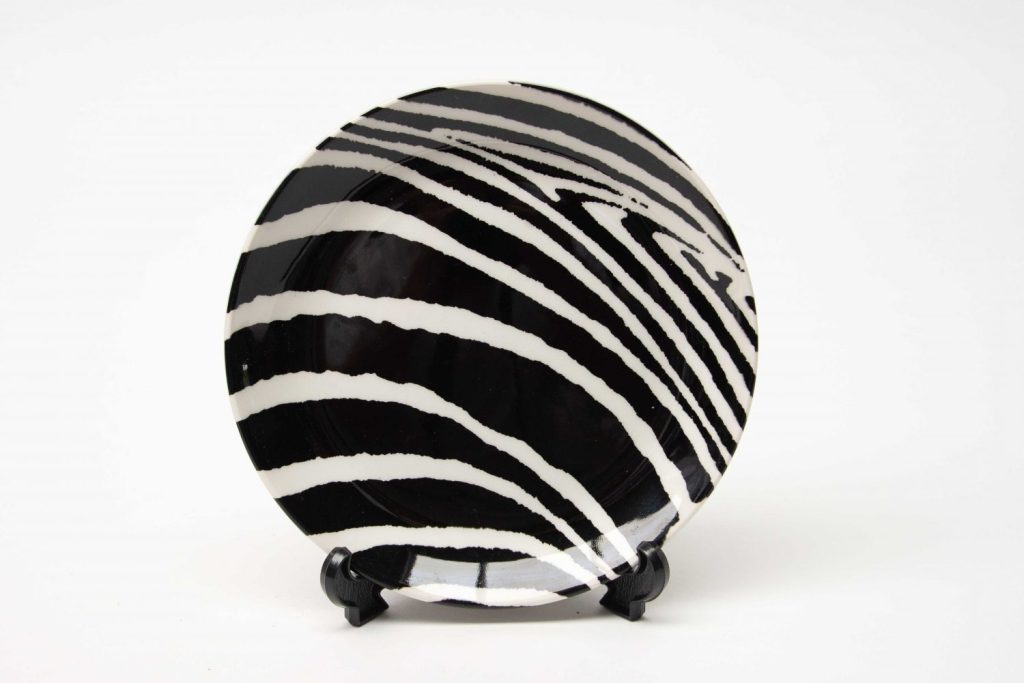 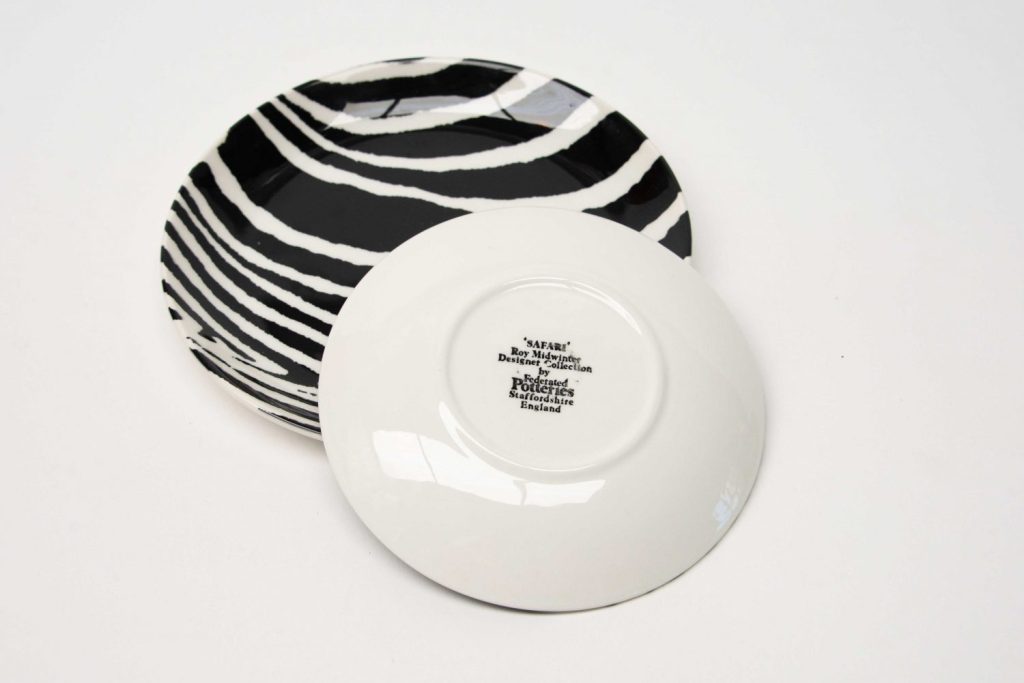 END_OF_DOCUMENT_TOKEN_TO_BE_REPLACED

Midwinter “Queensberry” was the first a series of very popular striped patterns introduced by Midwinter (and many other manufacturers) in the early 1960s. It was in production 1962-1978 on the “Fine” Shape.

As suggested by the name, the pattern was designed by the Marquis (David) Queensberry – who also designed the forms of this series along with Roy Midwinter.

The design of Queensberry had smaller rims than other designs in this series, but was otherwise the same. Features of the Fine Shape series included stackable items and dual function pieces on straight sided forms.

The design consists of stripes of varying widths in olive, yellow ochre, grey and black.

The design reminds me of lines drawn with oil pastels or crayon – and works so well on these “Fine Series” forms. Although a transfer printed design, it has the appearance of being hand painted. 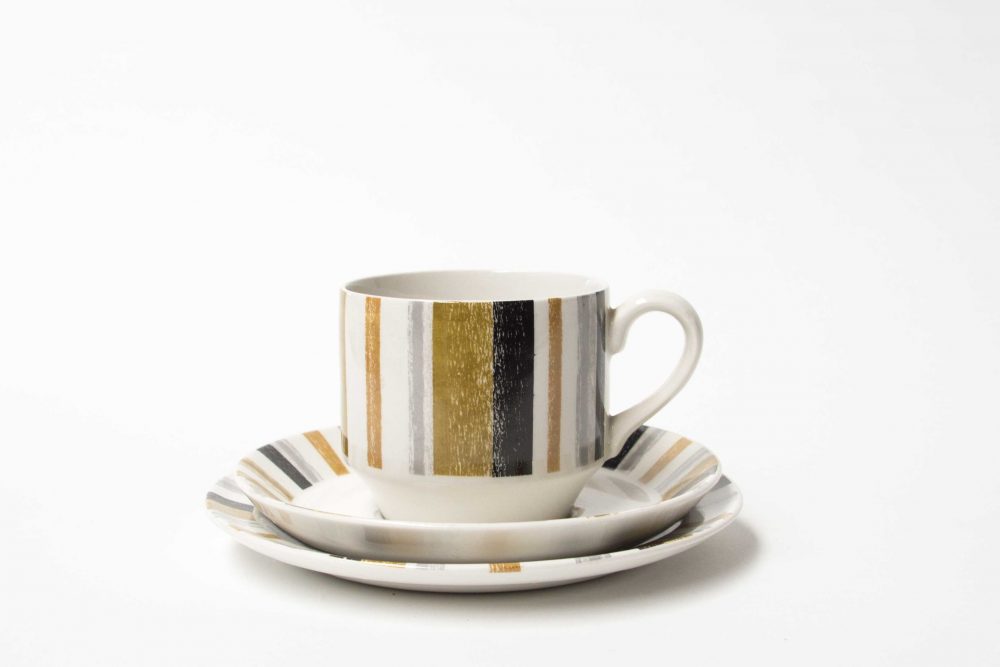 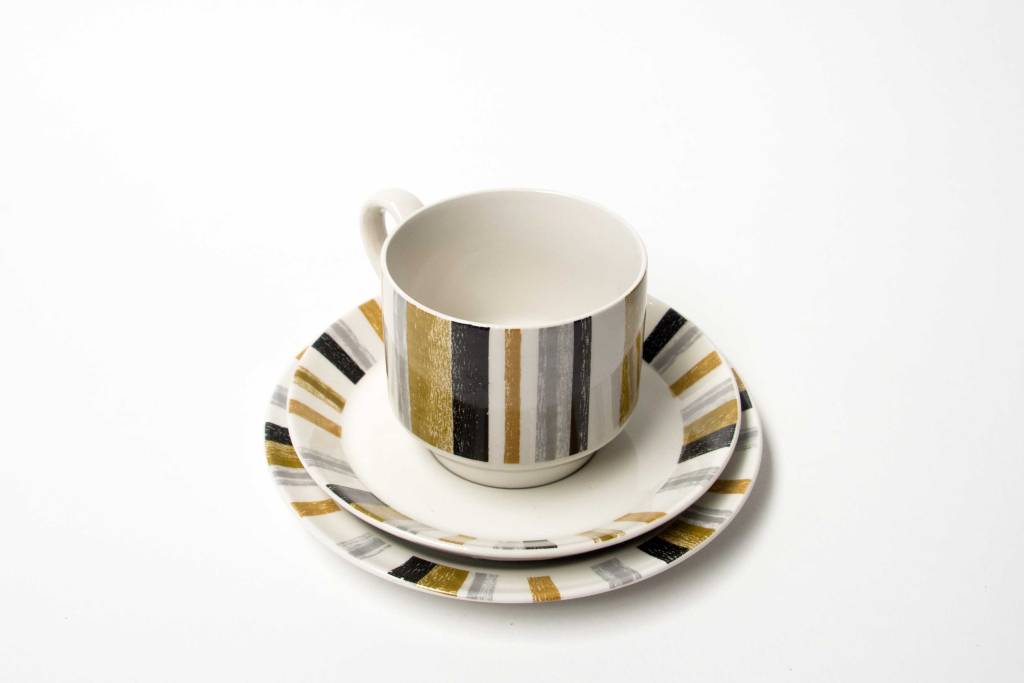 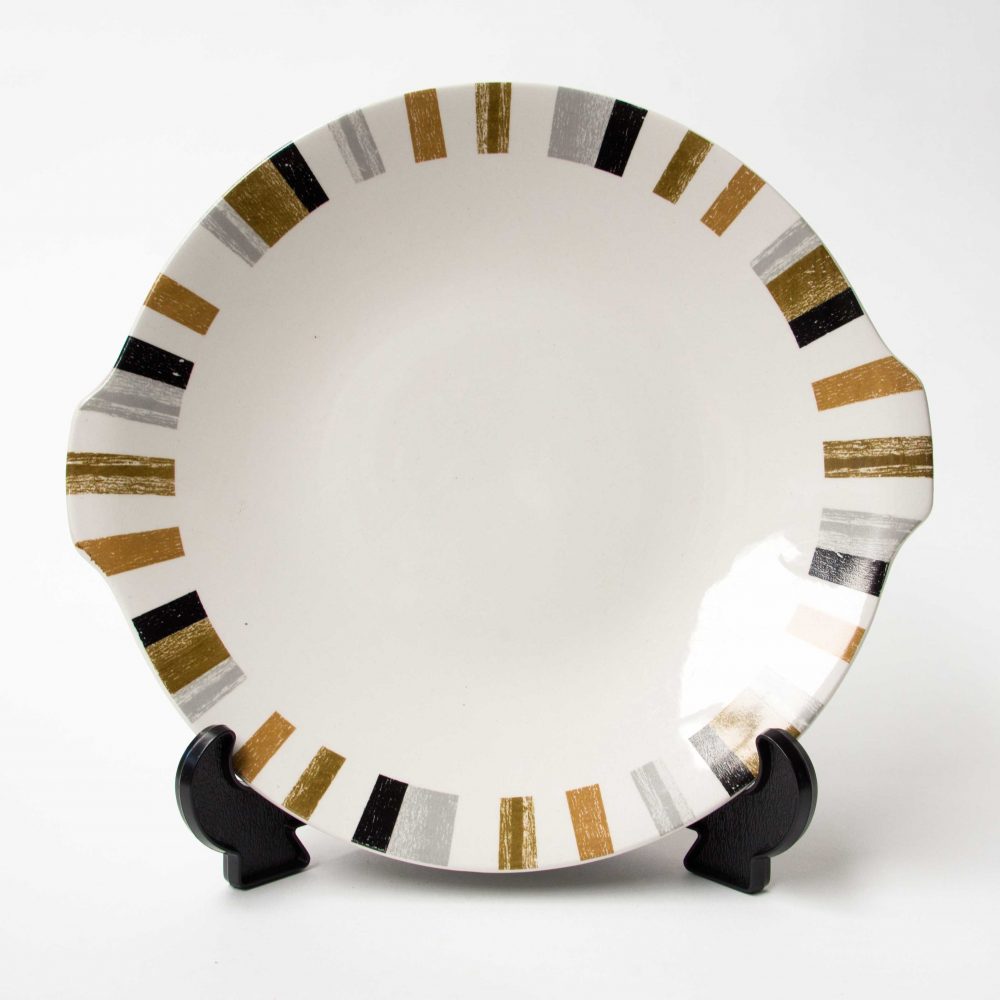