Posts from the ‘Noritake’ Category

Equally fascinating are the designs Noritake produced specifiably for the Australian market – previously I have posted about the charming “Kookaburra” design.

I recently came across a tea set in this design – “Blue Wren & Golden Wattle” which has the backstamp which was used in the late 1920s. 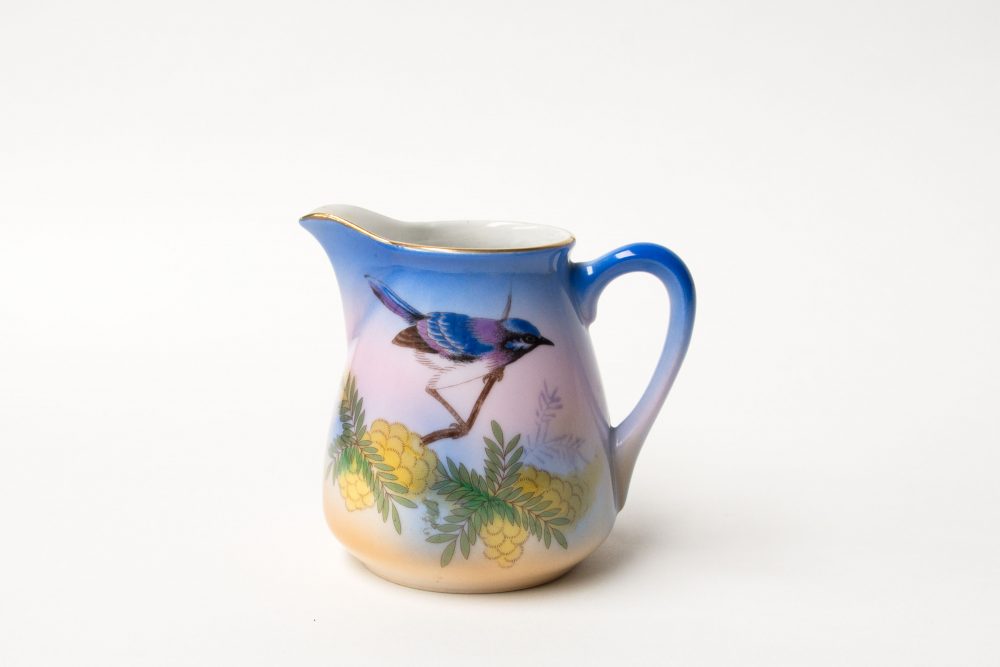 END_OF_DOCUMENT_TOKEN_TO_BE_REPLACED

I came across this very smart modernist looking Noritake Japan vase recently. It is a very impressive piece, about 25cm tall, in a stylised “tree trunk” form popular in the 1950s and 1960s.  It has a timeless colour scheme and pattern, but its mark indicates it was produced from around 1953.

This pattern was never named or assigned a pattern number, which was not unusual for this era, and I have been unable to find any other examples of either the shape or pattern on any other Nortiake pieces.

As with all Noritake of this era, the quality and finish is very high.

END_OF_DOCUMENT_TOKEN_TO_BE_REPLACED

This beautiful set of Noritake “Harlequin” demitasse coffee cups is from c1953. I used to see them come up at auctions and online frequently, but they seem to be much more scarce now.

I just love the strong colours and the lusciously thick glaze on this design – and Noritake is one of the few makers who used gold without having it look tacky – to my mind anyway –  even with their totally gold glazed pieces.

It is fantastic how well these colours all go together in different combinations. Something about them also reminds me of children’s painted woooden building blocks from the same era – must be all those primary and secondary colours! 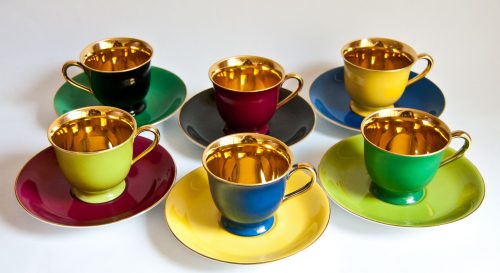