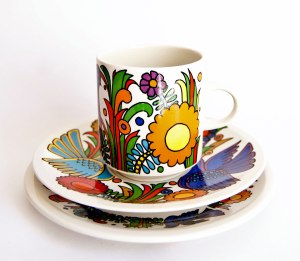 “Acapulco” released by Villeroy & Boch in 1967  is one the brightest and most colourful dinnerware patterns of the 20th Century, and is still highly popular on the secondary market. The design was in production until 1994.

It inspired many look alike designs by other companies riding on its popularity.

This colourful and now iconic design was created by Christiane Reuter – said to be inspired by paintings she saw on a visit to Mexico. 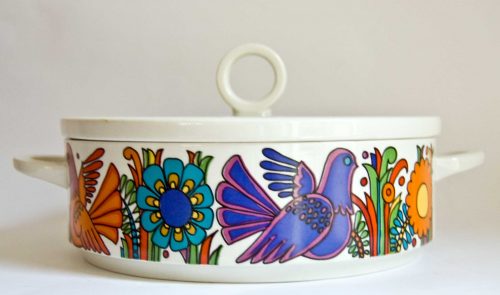 The body or forms the design is on is called “Milano” , designed by Ludwig Scherer, and these forms were used for a number of designs by Villeroy Boch between the 1960s -1990s including “Scarlett”, “Cadiz” and “Granada”. “Scarlett” was designed by Reuter, but I can not find a list of other designs she produced for V&B during this period. 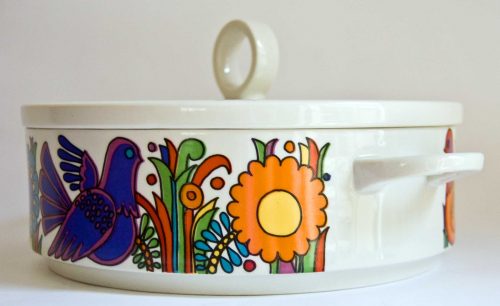 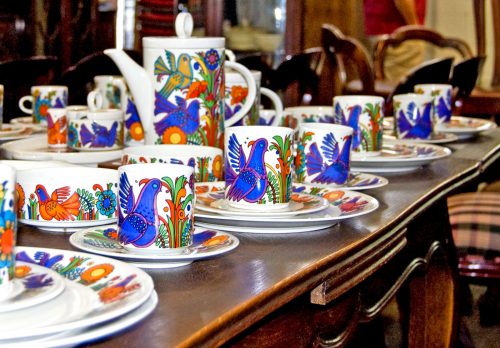 Acapulco Setting at an Auction

The blue backstamp on Acapulco is from the early years, and the brown backstamp from the 1980s until production ceased. Given its huge popularity, the design was re-worked and released on new forms, and altered designs c2000 as “New Wave” . The term “dishwasher safe” was added in 1992, and “microwave safe” in 1993. You may also find other variations of these backstamps. 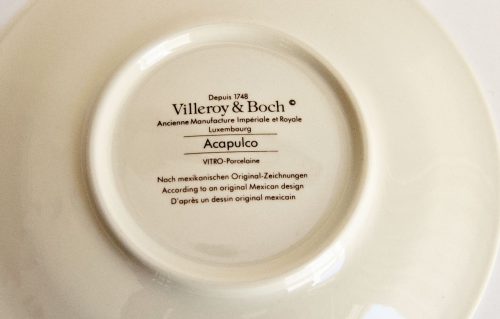 Acapulco – One of the Later Stamps

Acapulco was one of the most successful of V&Bs ranges and remains one of its most sought after and collected patterns.

The V&B “Acapulco” brochure images below are from the Flickr page of Nicola which you can find HERE – on the page you can also see the enamel ware produced to compliment this series. 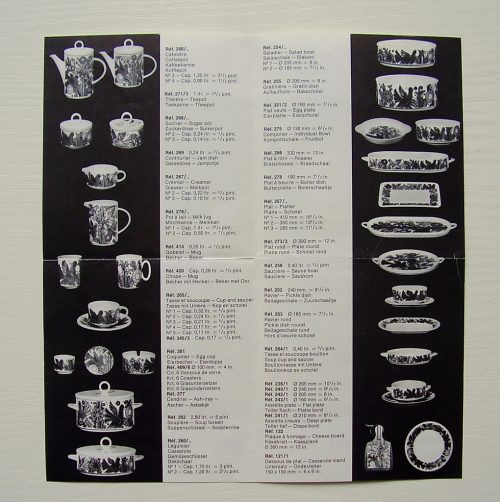 Below, A few interesting items of Acapulco I haven’t come across until recently – some quite rare like the placemats: 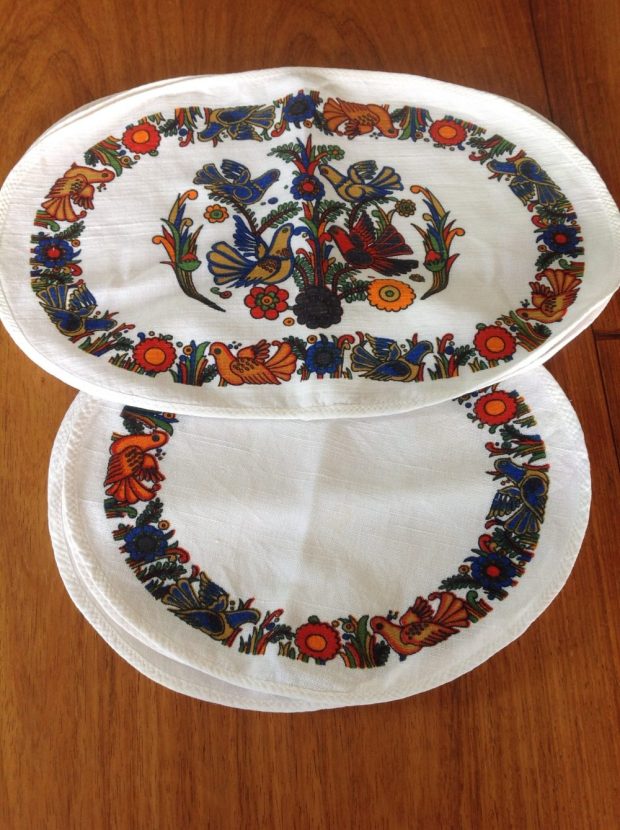 Acapulco Linen Placemats – via MyVintageCave Etsy – there was also a tablecloth in this set.

Acapulco Trivets/Tiles via Erfwinkel Etsy – I have seen this with a variety of wooden surrounds – but this version seems to be the original.

If you are looking to buy any Acapulco pieces, there are a number of items in my Etsy store, linked in the right hand column >