Posts from the ‘Vallauris Potters’ Category

Charles Voltz (1923-1997) moved to Vallauris France in 1950, where he had a studio for many years. His ceramics was in the typical exuberant mid-century Vallauris style with colourful and often highly textured or patterned glazes.

Vallauris is an area in the Cote d’Azur region of south eastern France and has a long history of Artistic and Ceramics traditions, but is was in the 1950s when Vallauris experienced a new golden age after Picasso went to live in and influence the Arts & Crafts of Vallauris in the late 1940s (and where he stayed until 1955)

Picasso, along with Roger Capron were significant contributors to the profile of Ceramics in Vallauris, together other names such as Roger Collet, Gilbert Portanier, Jean Derval and Charles Voltz.

The pottery in Vallauris during this period was created mainly for the tourist market, and to a smaller extent collectors.

I have come across the work of Charles Votlz a few times here in Australia, in the form of dinner sets or coffee sets. It is simply made with terracotta clay and a low fired glazes. The pieces I have had have either been gloss orange or a gloss red. This seems to have been typical of the type of ware that tourists would purchase from Voltz studio, captivated by the intensity of colour and Voltz striking modernist style. 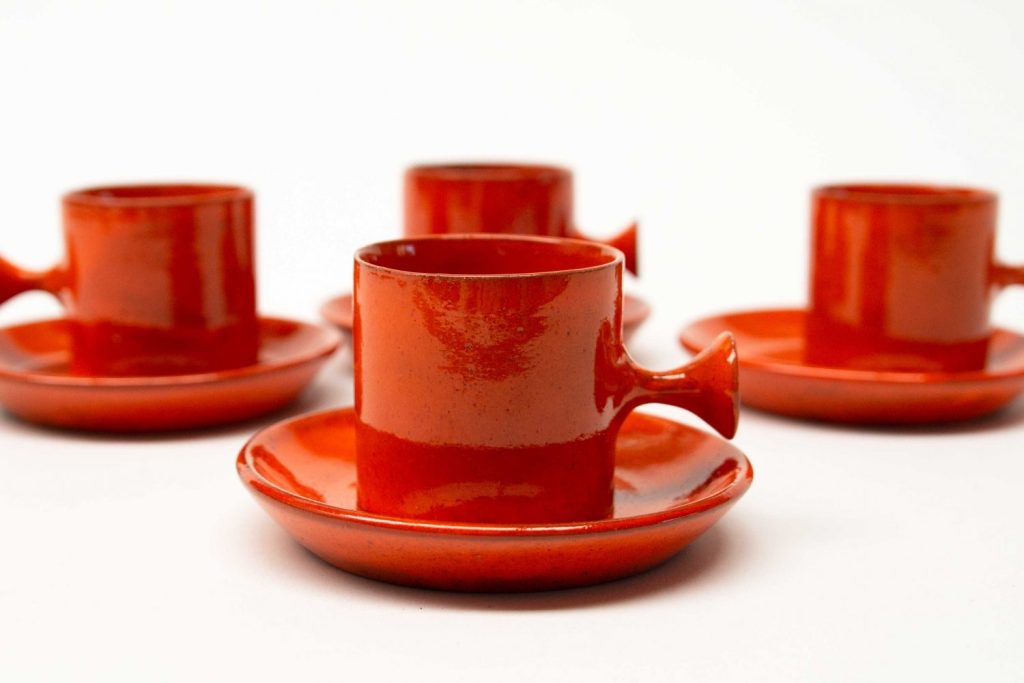 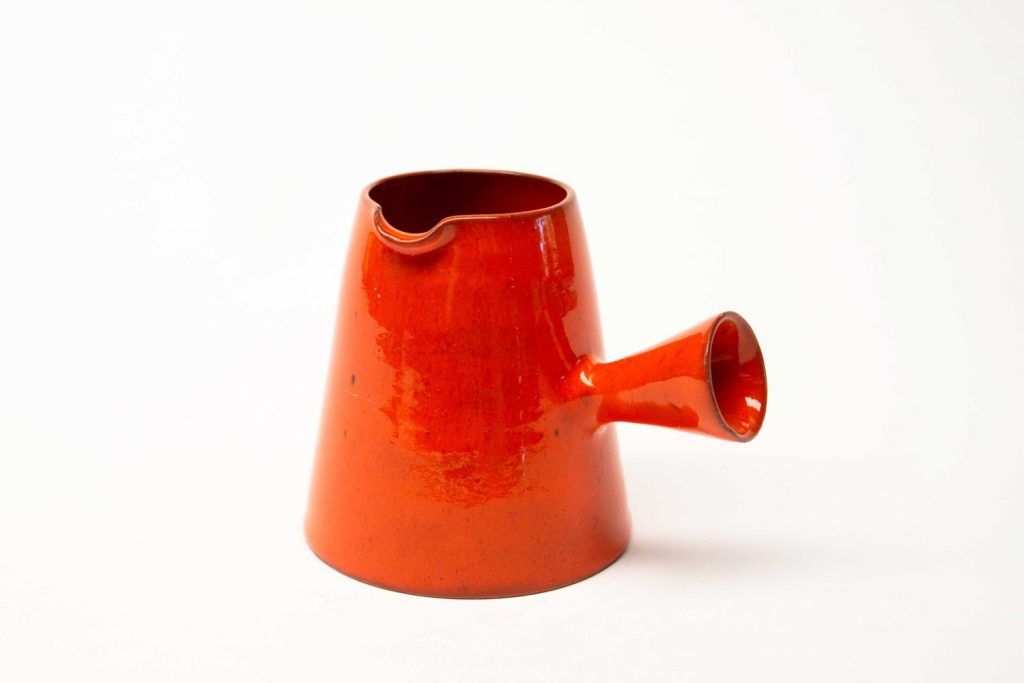 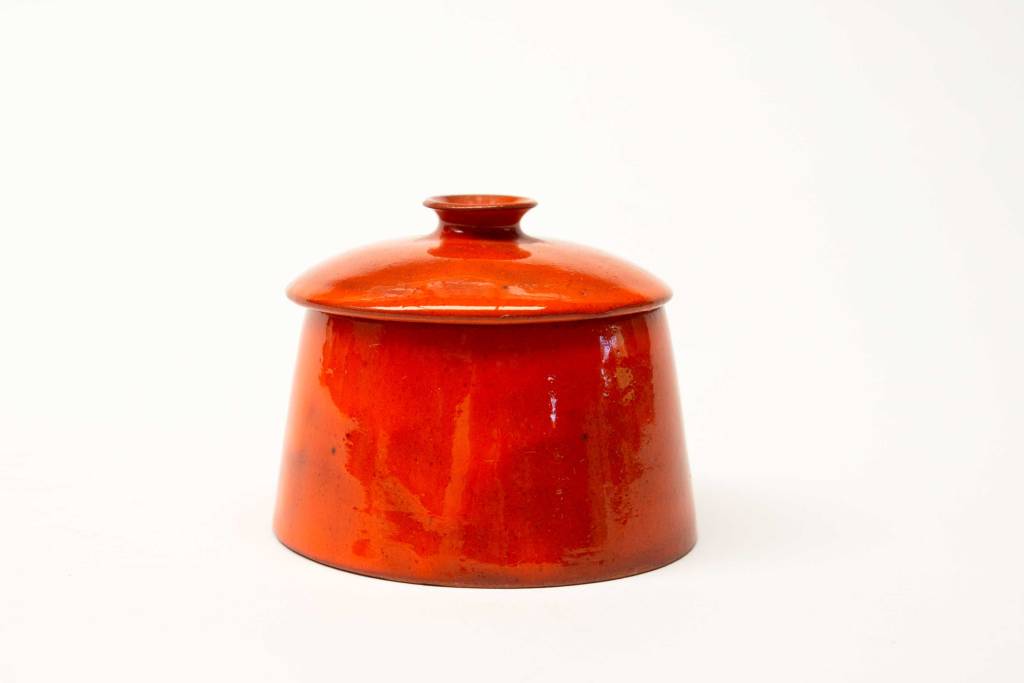