I have had a few smaller versions of the very curvaceous jug pictured, from time to time, but they haven’t had any markings. Fortunately this larger one I came across has back stamping, signature and shape number…the works! …making identification much easier.

Danish Potter Jens Andreas Pedersen Dissing (1866 – 1932) had 8 children and 7 of them were taught by him to be potters, and all 7 went on to have their own workshops.

One of the sons, Leon Dissing (1897-1986) was employed at DANICO and Annashaab potteries, until he started his own studio in 1930 in the town of Horsens where he produced a variety of domestic type pottery, including the striking example below.

Later in his life he became known for his abstract wall plaques.

Pieces like the one below, made by Leon Dissing were not always signed but they may have an “engraved”, intertwined LD on the base or an impressed DISSING DENMARK with a handwritten L.

The colour and form of this lovely piece are typical of Leon Dissing’s early work and appears to be from around the later 1930s going by the style. The glaze on it is quite lovely the way it runs and creates a lava like effect. 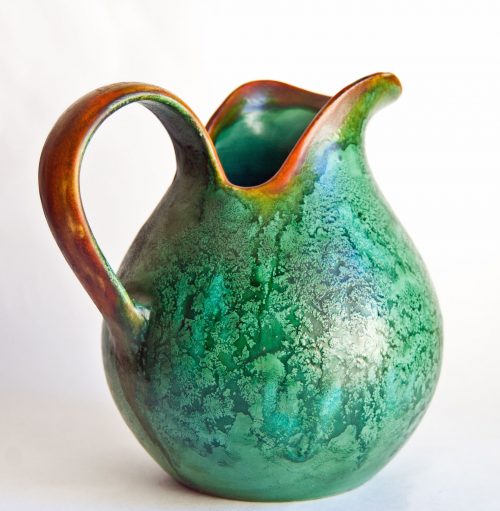 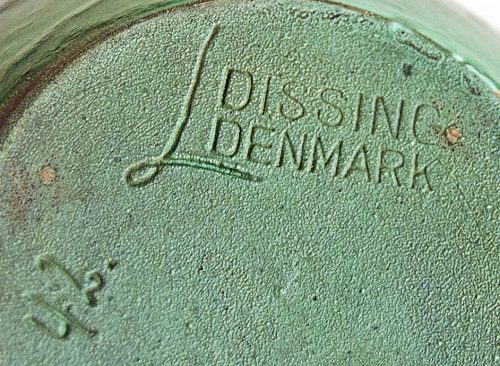