Tremar Pottery is named after the village it was made in, situated in East Cornwall.  It was started in the early 1960’s by Roger and Doreen Birkett, and sadly had closed by the early 1980’s like many other potteries of this period.

The style of Tremar Pottery pays tribute to Cornwall’s Celtic past, and it has an ancient looking or Celtic charm to it. Likewise – if you had to design pottery perfect for Bilbo Baggins and Hobbits I think this would be it!

Tremar Pottery is earthy, rustic and charming – but at the same time shows a high level of craftsmanship. Most pieces seem to have been slip cast, but have the appearance of being thrown by hand. The work is lovely to the touch, with very smooth, very matt glazes, and demonstrates knowledgable and confident use of pattern, colour, form and decoration. 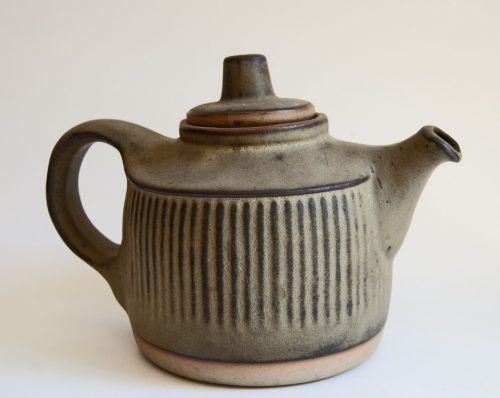 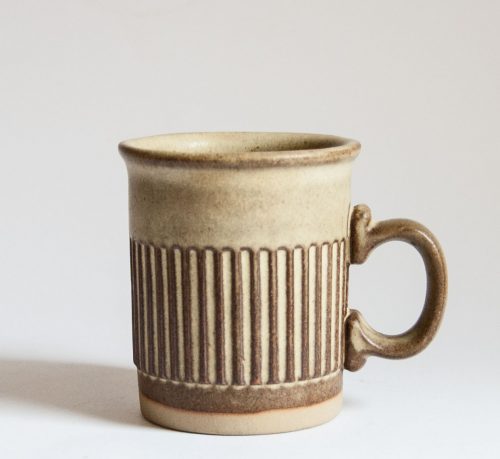 Their first few years production was of domestic ware which catered to a tourist market, and by the 1970’s it was being produced from 3 sites. The production had now changed to more “tourist collectables” such as animal figurines, people, boats, mini cottages and buildings, which are now collectable. I’m not a lover of figurines and models, although I can see why some of the small animals by Tremar are so collected – they are just full of personality. 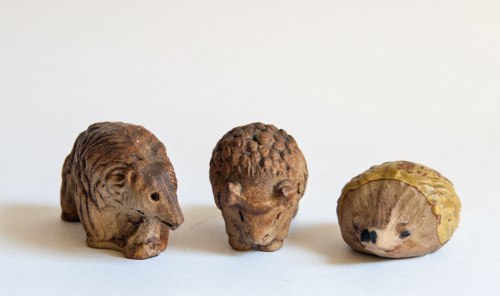 From a quick search online you will be able to see quite a range of items from Tremar. What I really like though is the Tremar early domestic ware such as many of the pieces I have photographed here – these are a bit harder to find.

Most of the early pieces have a tiny stamp simply with “Tremar U.K.”, and later ones are a stamped mark as below. 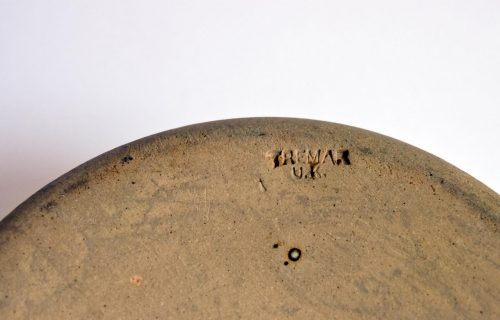