Marianne Starck 1931 – 2007 worked at Michael Andersen & Sons, Bornholm as the Artistic Director from 1955 to its closure in 1993. During these decades her output of designs was vast – but isn’t well catalogued. Every year I  continue to find designs by her which I haven’t come across previously.

Marianne originally come from Germany where she undertook an apprenticeship at the Thoms pottery in northern Germany, and later studied graphic design in Germany at Landeskunstschule (University of Fine Arts, Hamburg).  Her most successful designs at Michael Andersen & Sons often have very strong graphic elements as part of the design – reflecting her training in this field.

One of her most striking and now most coveted and popular series of designs was for the 1950s “Negro” series. This series features white motifs carved through to black clay – the form would have been slip cast first and then finished and carved by hand and you can usually see the carve marks in the black clay.

The motifs in this series vary from abstract forms, to stylised plants, animals and human forms to simple repeat patterns. Usually the glaze is a bright white, but there are also pieces which have a white glaze speckled with oatmeal colour.

There are also some variations on this series which I will show in a future post.

Below are some of the designs I have had, which are just a fraction of the forms from this very large and popular series: 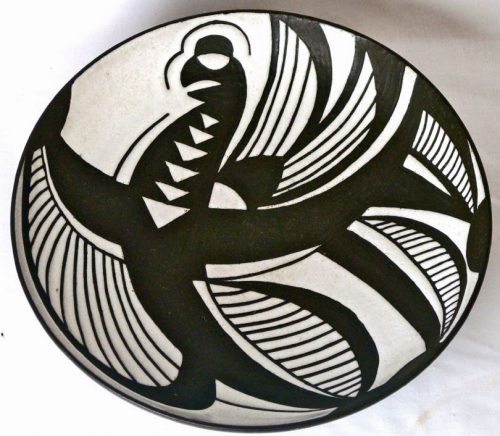 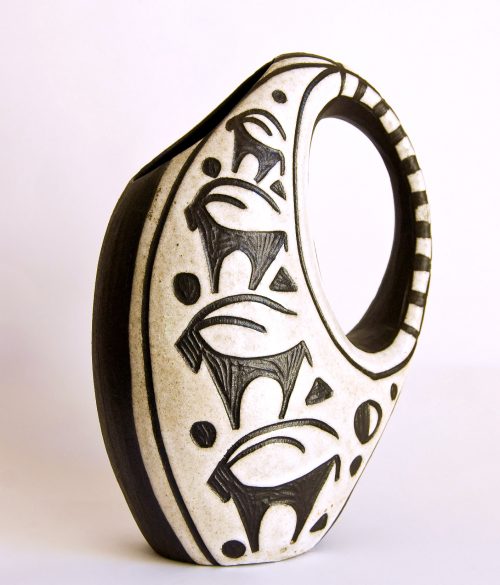 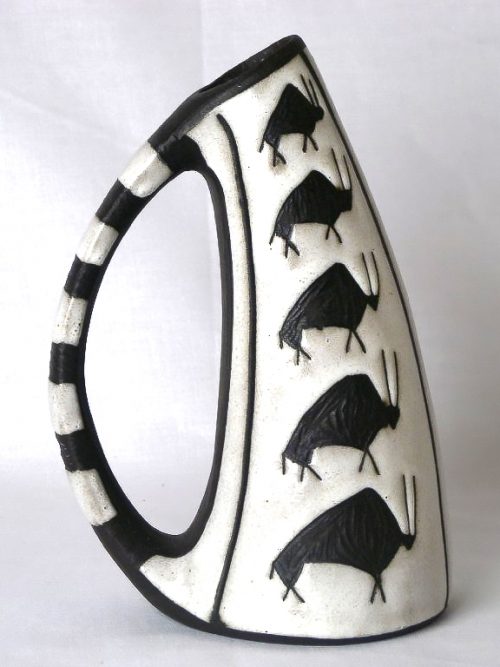