Trude Barner Jespersen was born in 1938 and died in 1997, Dianalund, Denmark.

In the 1960s – 1970s she produced a series of designs for Bing & Grondahl. It was a stunning series of contemporary porcelain designs which Im surprised are not more well known.

Equally Im surprised that her talent is not well documented. It happens often with Artists and Potters that some become well known and well documented, and others simply by coincidence, history seems to bypass. In Trude’s case it may also have something to do with passing away at a relatively young age of 59.

There is a black and white photograph of Trude’s series for Bing & Grondahl in the book “New Design in Ceramics” Donald J Willcox, 1970 – a book which focuses on talented Scandinavian ceramicists – but there is no written information about the design or Trude’s work.

From what I can see, Trude’s work as a potter and designer seems to have developed along 2 streams – her contemporary, clean, streamlined porcelain designs for Bing & Grondahl, and her more traditional domestic, wood fired stoneware studio pottery from her workshop in Dianalund in the West of the Island of Zealand, Denmark.

Below is some Biographical information from the Danish Artists Database HERE

Trude started her own workshop/studio in 1962, making her own porcelain clay, and glazing with various ash and salt glazes. She was inspired by trips to the west cost of Greenland in the 1970s and has produced a number of reliefs and other works with with Greenlandic and maritime themes. 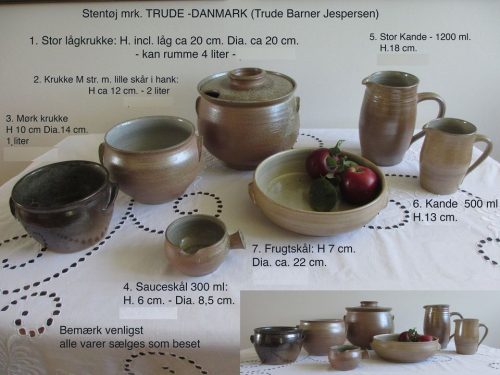 There are also some charming photographs online of Trude in her workshop in Dianalund on the Danish Archive site Arkiv.dk 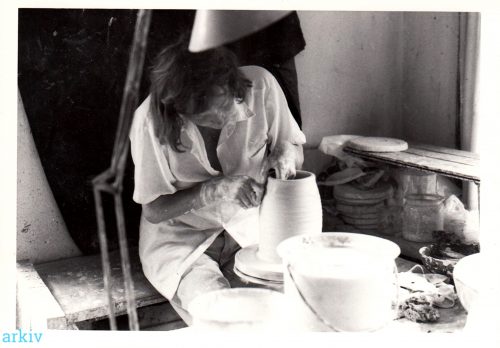 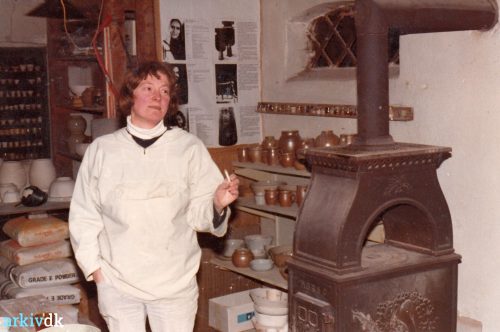 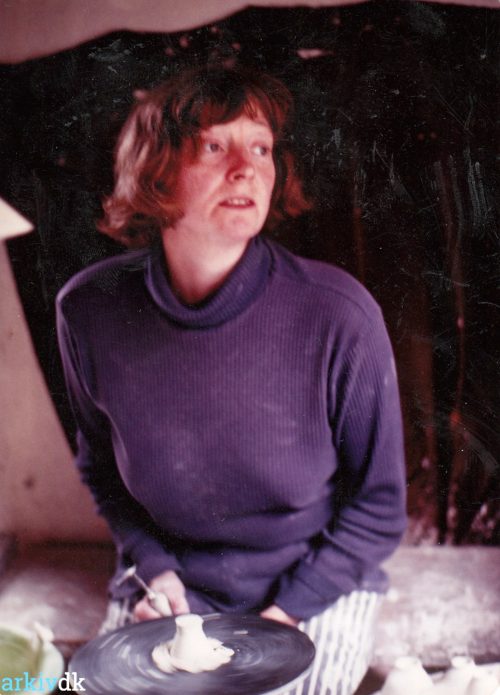