The charming and skilfully made studio pottery stoneware pieces below are from the Pottery of Erling and Karin Heerwagen from Langeland, Denmark.

The pottery is still operational and has been in operation for several decades. Other than this basic information, there doesn’t seem to be much documented about the work of Erling and Karin. Their work has a cheerfulness and charming quirkiness which makes it quite unique.

Recently, in going through the digitised archives of the Royal Library Denmark I found several pieces from the Heerwagen pottery in a Den Permanente catalogue for 1972.

The first piece below is a bowl I have from Heerwagen with a delightful bird motif repeated around the outside. It appears to be from the 1970s or 1980s. 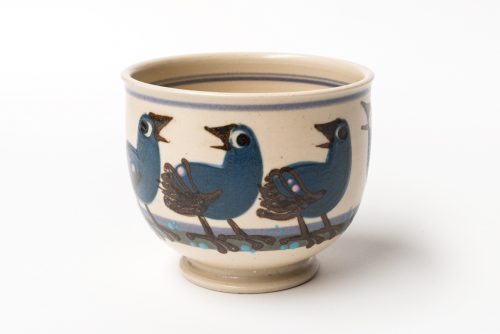 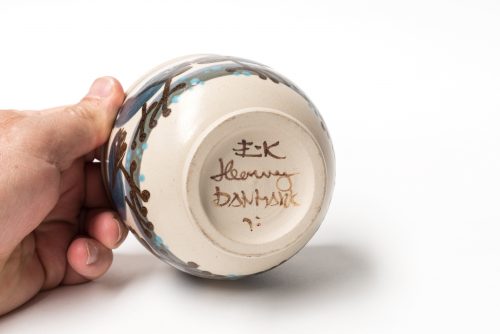 ….and the next images are from the Den Permanente catalogue, 1972 via the Royal Danish Library: 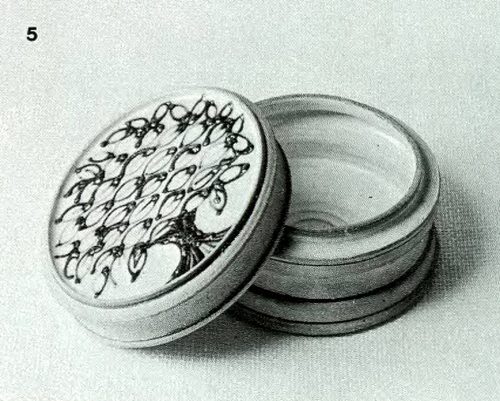 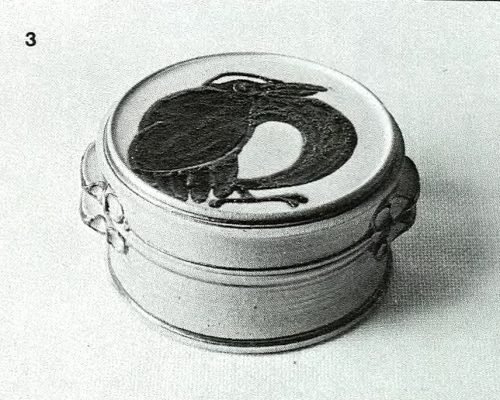 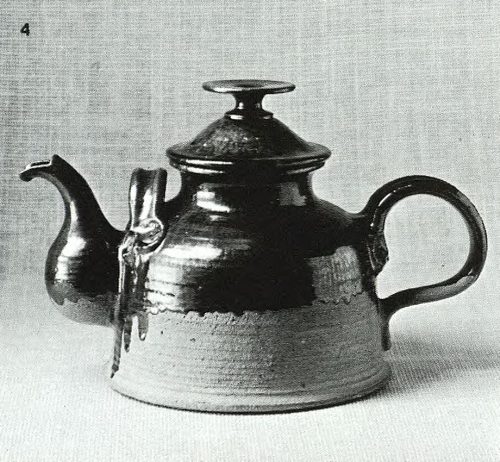 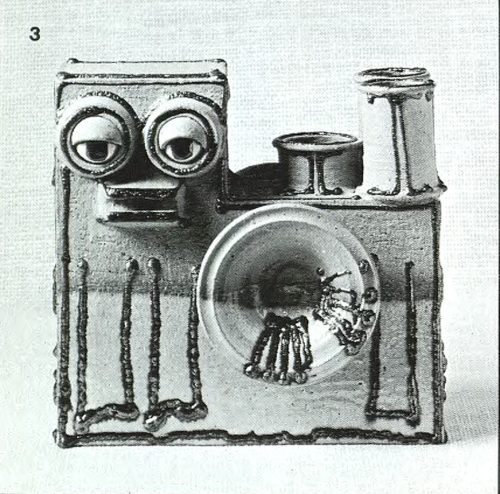 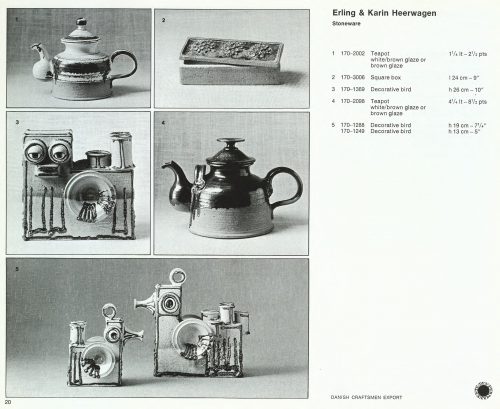 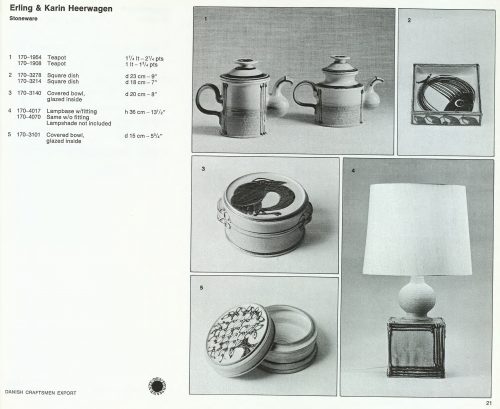 …and to give you more idea of the colour and charming style of the pottery created by Heerwagen, below are some images from Etsy 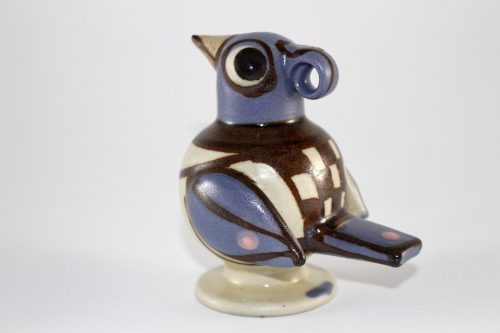 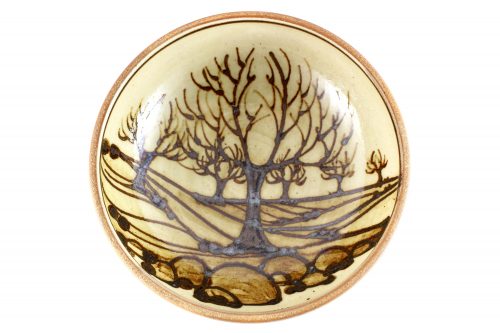 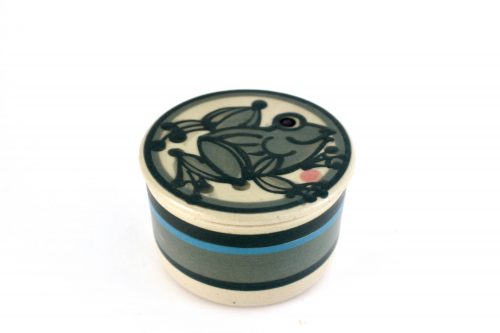