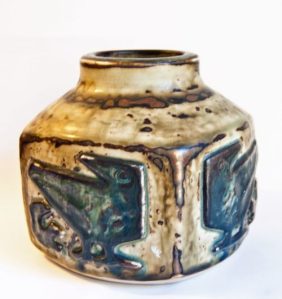 I believe Jørgen MOGENSEN (b1927–Denmark), is one of the 20th Century’s most important Danish potters and sculptors. I love the sculptural qualities of his work and the way he uses glazes to accentuate the textural quality of his pieces. His pieces are all beautifully formed – and nearly always quite heavy and sculptural.

Mogensen trained at the Art Craftsman School in Copenhagen, and then studied for a period in Paris. He started his professional career as a potters apprentice with Royal Copenhagen in 1949. He worked with iconic figures such as Knud Khyn, Axel Salto, Gerd Bogelund and Nils Thorsson in their “stoneware cellar” where this group worked at Royal Copenhagen.

His first work for Royal Copenhagen were his 1950s pieces of stylised bird motifs with a mottled brownish stoneware glaze – a similar glaze to which the other stoneware artists were using during this period. He rarely used other glazes or colours – but you can sometimes find a design in blues.

The pieces below are all pieces I have owned by Jorgen Mogensen. The first piece I had was the squared vase form, which I was so drawn to it eventually led me to discover a whole world of Danish Mid-Century pottery which  I have been researching, learning and writing about ever since.

I believe Jorgen Mogensens work to be generally under-rated and under-valued compared to the work of his peers at Royal Copenhagen like Axel Salto, Gerd Bogelund etc. 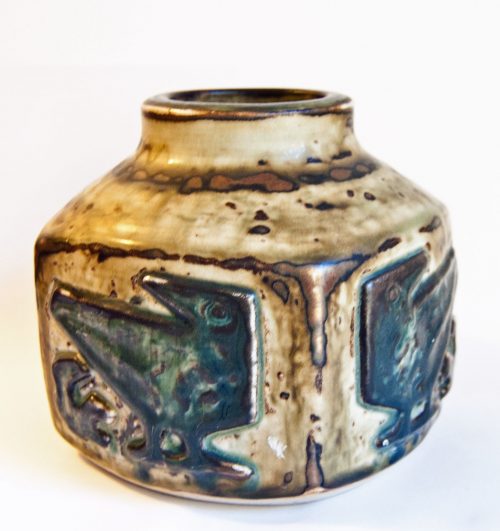 Jorgen said that his figures of animals were influenced by a visit to a Mexican exhibition in Sweden – and it had such influence on him that he developed his own style based on it that was to stay with him for the rest of his career.

In 1965, frustrated with working at Royal Copenhagen – Mogensen started his own studio where he produced highly original pottery and monumental sculpture – most of which was in a “primitive” Nordic style which demonstrated his great skill at combining sculpture and ceramics. 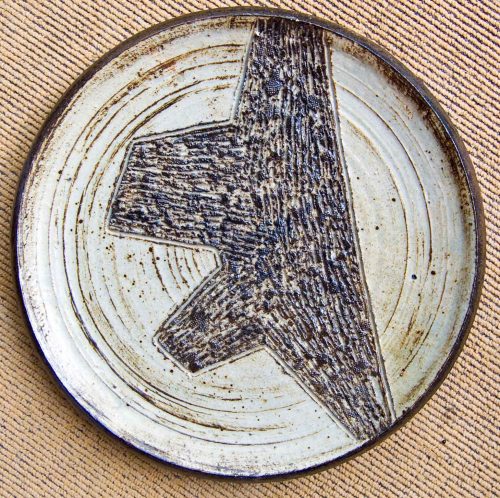 Production ceased in the studio around the late 1980’s. The studio pieces are signed with his easily recognisable signature and usually “Denmark” stamped on. They also usually have a letter followed by 3 numbers as identifiers. 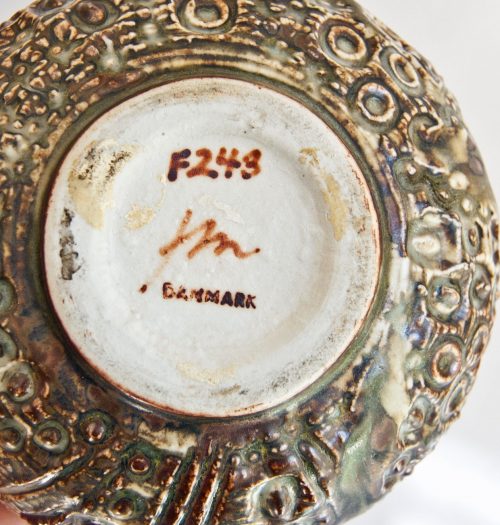 In 1991 Mogensen retired from Ceramics and painted until 2003. His wife Ursula Prinz Mogensen who also worked at Royal Copenhagen, and then along side Jorgen in his studio is a well known ceramicist in her own right. 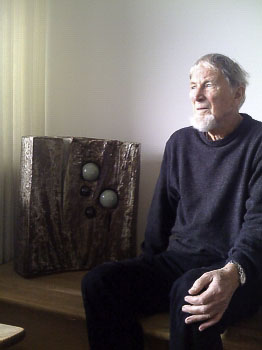