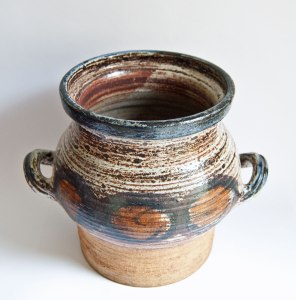 Ib Helge is a potter and sculptor on the island of Pottery in Denmark – Bornholm. He was most active during the 1960s and 1970s, and may still be selling some work on Bornholm in Galleries from what I can see.

He studied at Joghus Pottery on Bornholm 1951-1956 after which he worked in several studios in the Scandinavian region. In 1966 he set up his own pottery in Baela, just outside Hasle, Bornmholm – and was active there until the mid 1990s.

I rarely see his work for sale anywhere online, and the images below are the only piece I have ever had by Ib Helge. It was a large jar – about 30cm tall, with lovely white glaze with iron flecks and nicely a nicely painted motif around the outside. The detailing of the lid and handles is what attracted my attention to the piece – as to me it showed the work of a maker with flair and a high level of skill.

(if any readers can fill in any of the gaps here, or have photographs of works by Ib, I would love to hear from you) 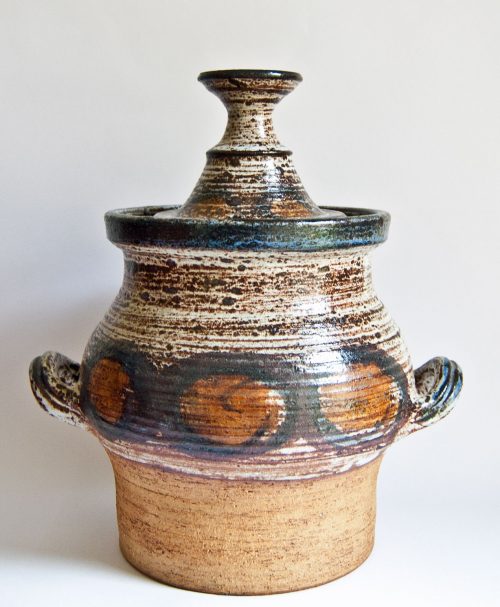 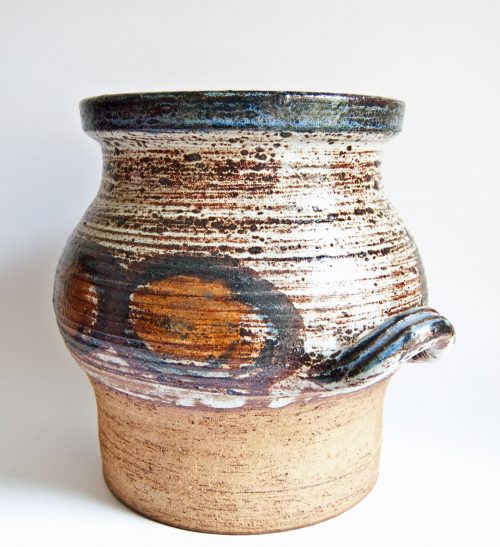 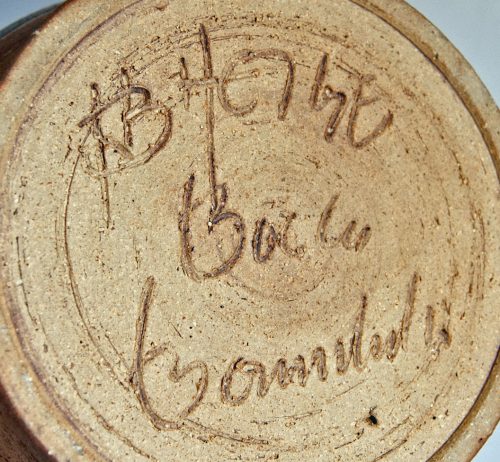