Moira pottery was originally founded in 1922, and is still well known for its domestic or utilitarian earthenware which started with jam jars, and progressed to its well known “Hillstonia” range which was made from 1934-1972 . It also produced salt glazed stoneware, beer steins, and stamped/branded domestic ware of many types.

The pottery was located near Burton-on-Trent in Staffordshire and mined its own clay on site. Moira is often (and seemingly incorrectly) documented as having closed in 1972 by a National Coal Board compulsory acquisition. (It sat on a valuable coal seam, which is often next to a clay seam)

From snippets of information I have come across it seems the original Moira location was closed, but Moira then either re-openend or operated at a nearby location until the mid 1980s when it closed and the site possibly became a textile factory.

The Victoria & Albert Museum also has 2 pieces of Moira salt glazed stoneware pottery in its collection, made in 1981. You can see one of them on the V&A site HERE.

The beautiful clay used by Moira pottery was very plastic in nature and beautiful for throwing as well as enhancing glaze colour and surface, and was also used by other potteries such as that at Albrighton.

The beautifully plastic characteristics of the Moira clay differentiates it from lesser quality creamware – in the jug I have pictured below you can still see the concentric rings from its throwing because it held shape so well.

If you know more about the later history of this pottery, or even worked at Moira I would love to hear from you. 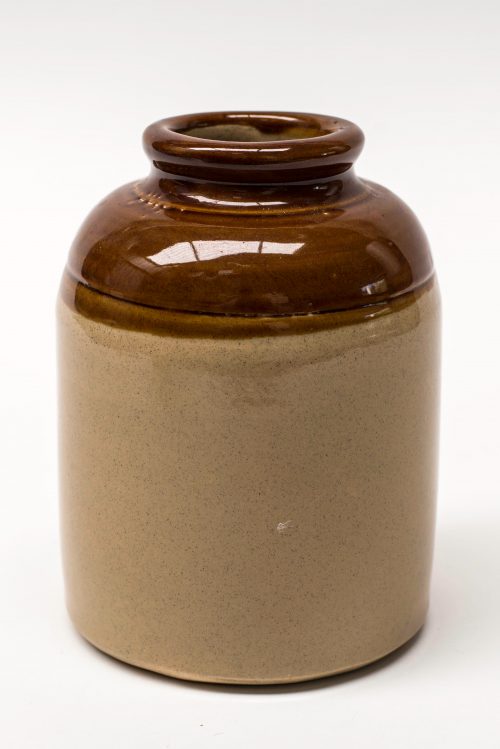