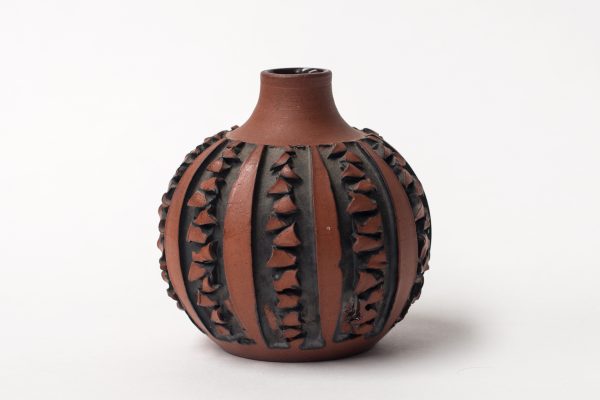 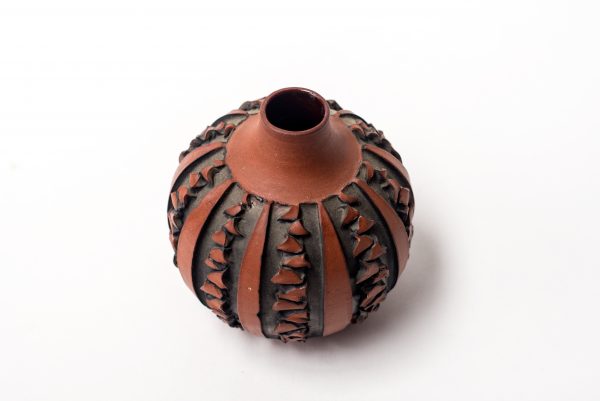 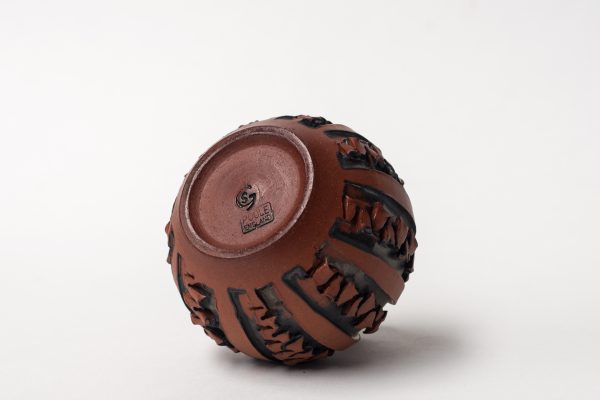 END_OF_DOCUMENT_TOKEN_TO_BE_REPLACED

Royal Doulton released some great dinnerware patterns in the 1970s, and this is one of them.

It is  “Atlantis”, which had quite a short production period from 1973-1978.  To date I haven’t been able to identify its designer – who appears to have designed some of the other designs at Doulton during this period.

It is sometimes referred to by its pattern number “TC 1098”.

“TC” stands for translucent china – and is the first part of the stamp found on dinnerware from 1960 on. It is a translucent white porcelain manufactured without the use of bone ash, and could be manufactured at a much lower cost than that of bone china.

The decorative pattern on Atlantis, with its flourishes and curves reminds me a bit of French Art Nouveau designs by Alphonse Mucha and the like.

The design was complimented with the teapot/coffee pot and other lidded vessels like the casserole dish having a very dark navy blue lid.

I like the shape of the bowls as well with their square line design which is complimented by the addition of a nicely shaped foot detail. 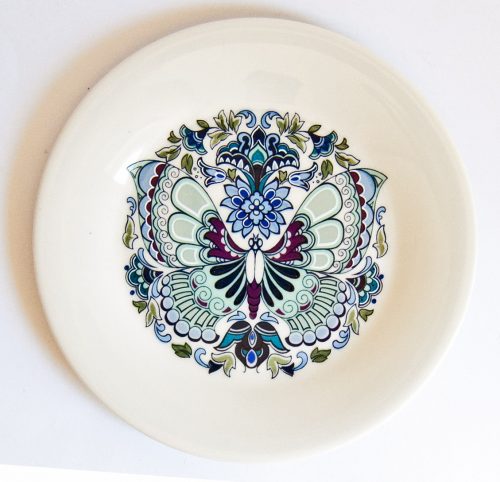 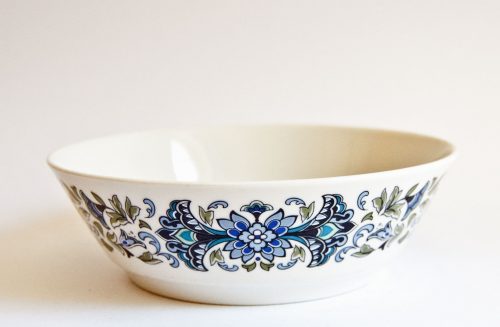