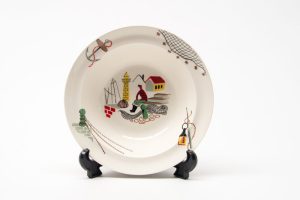 Seaside themes were very popular in the 1950s and early 1960’s – some that immediately come to mind are the Midwinter Pottery designs “Cannes” and “Riviera” by Hugh Casson.

It isn’t as well known however that Alfred Meakin Potteries produced a number of series with seaside themes. They were all very popular and have now become very collectable, as much because of their smart designs as increasing rarity. The designer of the series doesn’t seem to be documented anywhere but I would love to know.

Amongst the seaside themes produced by Meakin were Fisherman’s Cove, Polperro, Regatta, Brixham, Clovelly, St. Ives, and Nice. Stylistically they are very similar with use of similar motifs in similar colours. Some of the wares are back-stamped with a colourful stamp and the name of the design, other times just the Alfred Meakin stamp….making it difficult to tell which seaside pattern you have. There is also a pattern called “Sea Breezes” – but this a little stylistically different from the above patterns, although from the same time.

I was only able to identify the design below as “Clovelly” by finding the identical pattern with images of the clovelly backstamp on it, for sale (sold) online here . You will often find discrepancies with identification of this series because they are so difficult to tell apart.

Some of the individual motifs are repeated in the seaside themed patterns…….also, to add to the confusion, designs in a setting appear to have been sometimes combined e.g. further down is an image of what appears to be the Brixham and Clovelly designs combined in one dinner set. This could have occurred at the original point of sale, or further down the track as a replacement piece.

Unless pieces have the backstamp with a pattern name it can be sometimes very difficult to tell the “Seaside” patterns apart.

As well as the white bone china, the designs were also put on a very pale Venetian blue body. 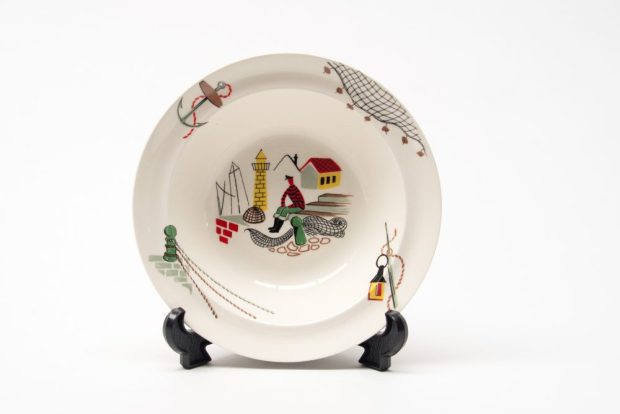 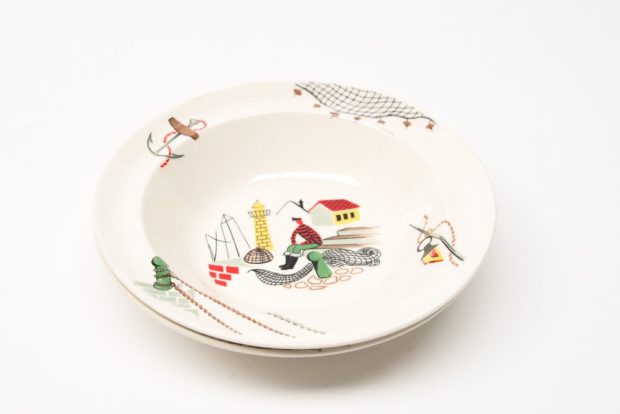 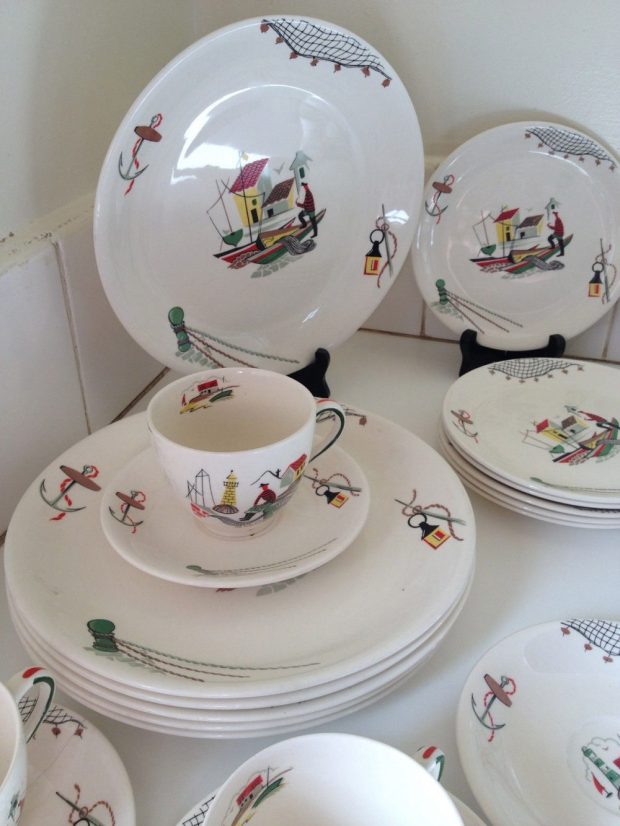 …and finally “Polpero” – I have yet to find a good image, so for now this one on Worthpoint.

An example of an Alfred Meakin Seaside series Brixham Backstamp