Robert Jefferson graduated from the Royal College of Art in 1954, and worked as a lecturer in ceramics at Stoke-on-Trent College of Art before being appointed designer at Poole Pottery in 1958, where he worked until 1966.

While he is well known for his reinvigoration of Poole Pottery with the Poole Studio and iconic Delphis  series, plus the introduction of the latest glazes and technologies to the factory,  there is so much more to this very talented designer.

A now lesser known, and increasingly rare series designed and introduced by Jefferson at Poole in 1964, was the “Bokhara” series.

Below are a few examples from the Bokhara series I was fortunate enough to come across recently.

The series was entirely hand thrown and hand decorated – which is a rarity for 1960s production/table ware. There are nine different shapes of jars and vases in the series, and some come in two or more sizes, with most having more than one surface pattern – making a total of 29 pieces in total listed on the factory pattern sheet….although the odd variation in pattern/colour has been known to appear as well.

In addition to the colour-ways listed on the factory production sheet Bokhara forms can also be found in Poole Twintone colours, and some traditional Poole patterns and colours.

Poole Bokhara 675. A tapering form in black and sapphire on a blue ground. 1 of 2 sizes in the colourway called JB. This form seems to be the most valued and collectable at the time I write this. 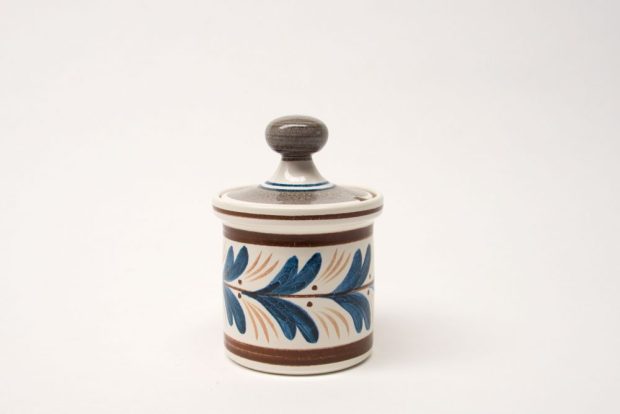 I also found this image on Flickr HERE  but curiously can not find any reference to the pattern on the right anywhere. 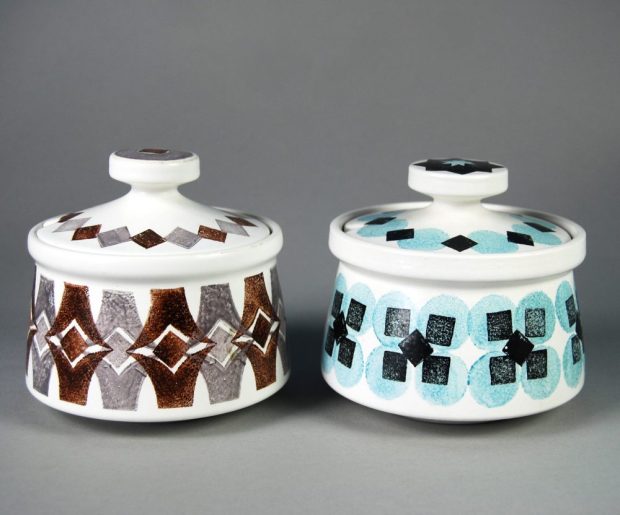