Arabia Kosmos was a pattern on the very popular “S” Model forms designed Ulla Procope in the 1960s, and the Kosmos pattern was designed by Gunvor Olin Gronqvist.

Kosmos was in production at Arabia Finland c1962-1976. Because this was a hand painted design you will get quite a bit of variation in the lightness and darkness in the pattern.

Kosmos came in two colour variations, of which the blue one is less commonly found these days. I love the subtle shifts of reddish to yellow ochre colours in the brown version. 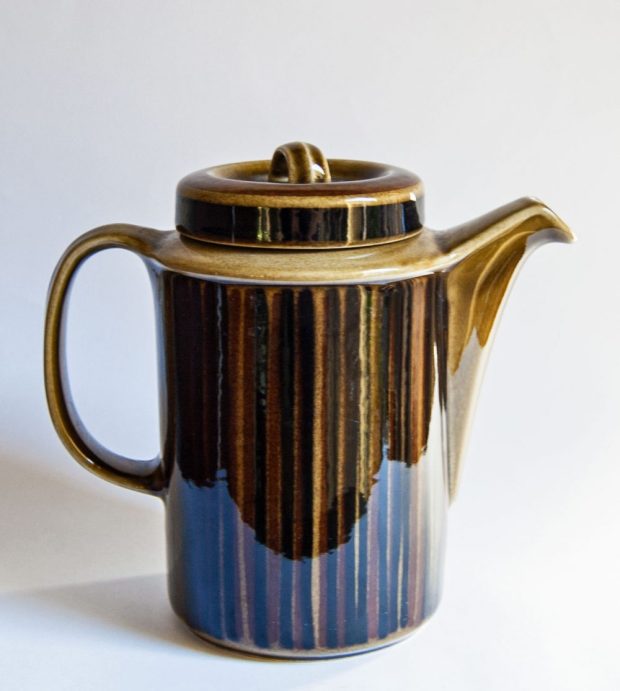 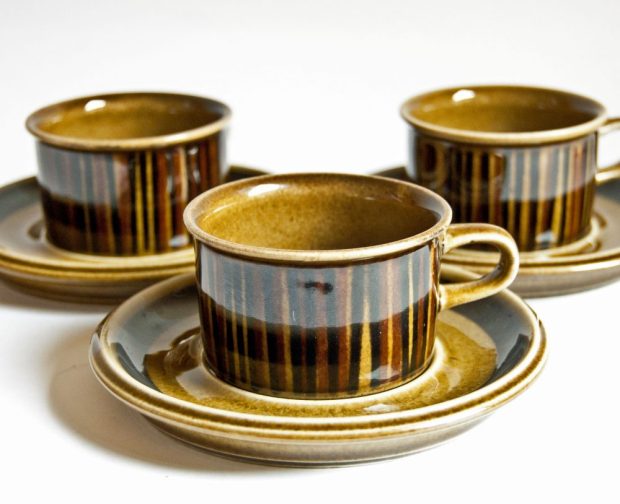 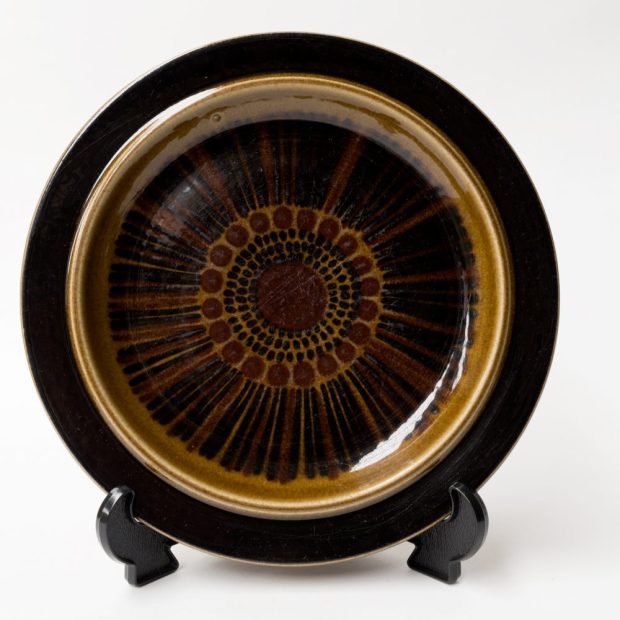