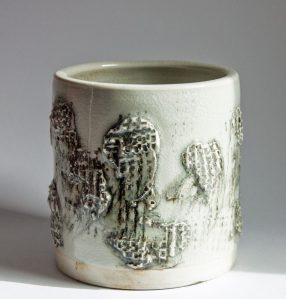 The pot in the first image is a quite large and heavily textured piece of studio pottery by the very well known Danish Ceramicist, Conny Walther (b1931 – d?).

Conny started off at Saxbo Pottery 1948-1949, but left after a year and studied the Arts and Crafts School in Copenhagen 1949-1951 where she graduated as a ceramicist.

She then worked at Kahler Ceramics in Naestved 1951-1952, before opening her own studio in Birkerod, north of Copenhagen with her husband, Artist Bent Stubbe Teglbjerg – who sometimes decorated her works. In her later years she worked as a painter.

In the 1960s and 70s she experimented freely with stoneware sculptures composed of burned, unglazed, part geometric, part organic shapes of porcelain clay, often which with heavily textured surfaces.

I think the first piece here belongs to a period in the middle somewhere, early 1960s probably. It is high fired stoneware, with what appears to be a clear ash glaze. Her CW cypher is one that is instantly recognisable. 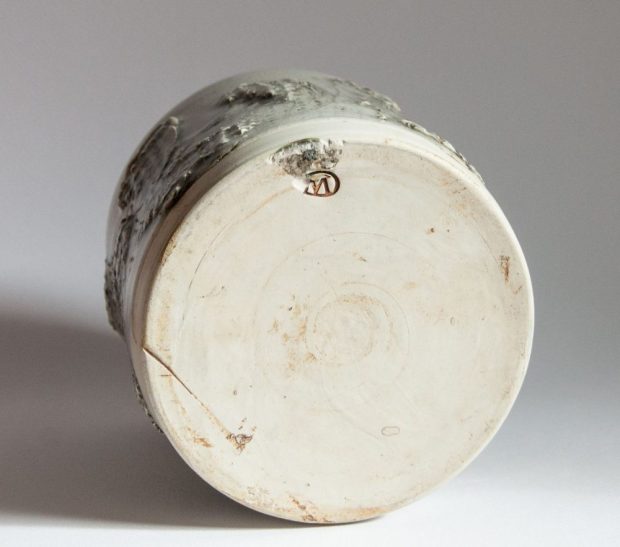 The examples below are probably more typical of the work you will come across by Conny Walther with their iron rich glazes and bold splashes of colour. 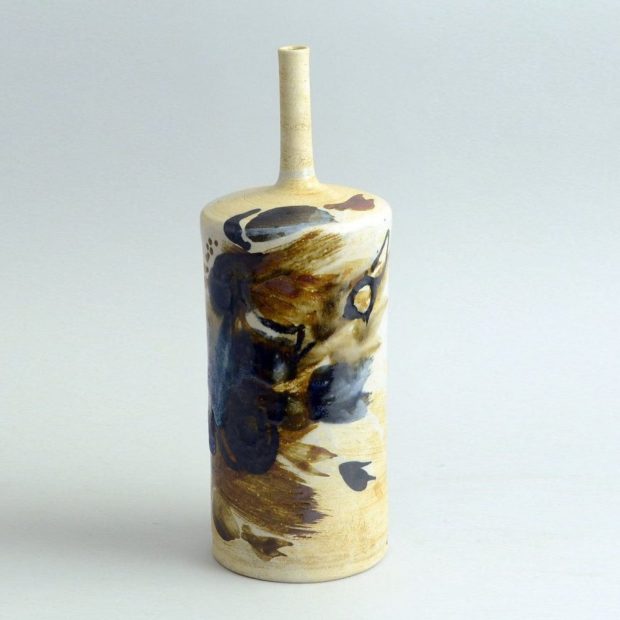