Anja Jaatinen-Winquist (b 1934 – ) started with Arabia Finland in the late 1960s while the company was going through a rapid period of change and expansion, and she continued working at Arabia in the product design department until 1974.

She designed several tableware services for Arabia including the M model “Karelia” with its iron oxide decoration, “Saara” (in production 1971-1976), and also Kalevala, and Paju (which came in both blue and yellow variations)

Anja was also a very skilled wheel thrower and made one-off items for the art department…although these works are very hard to find now. 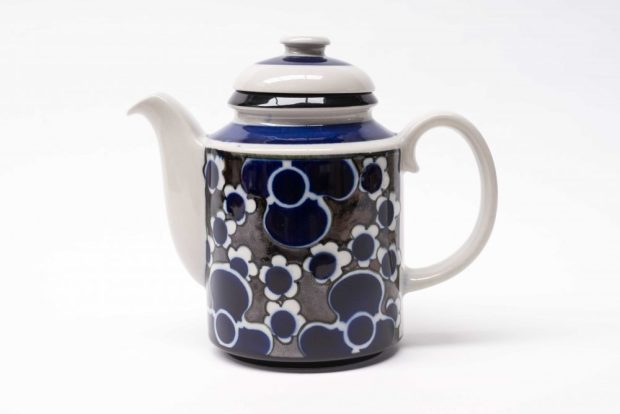 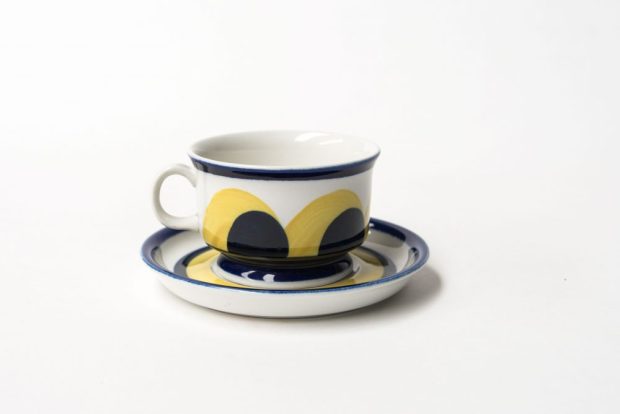 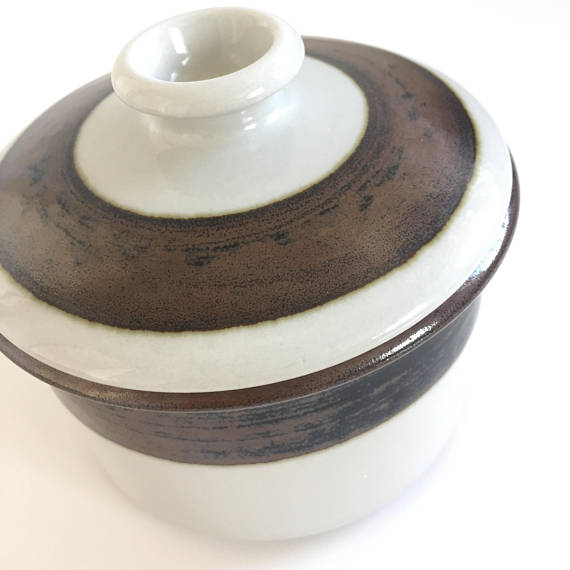 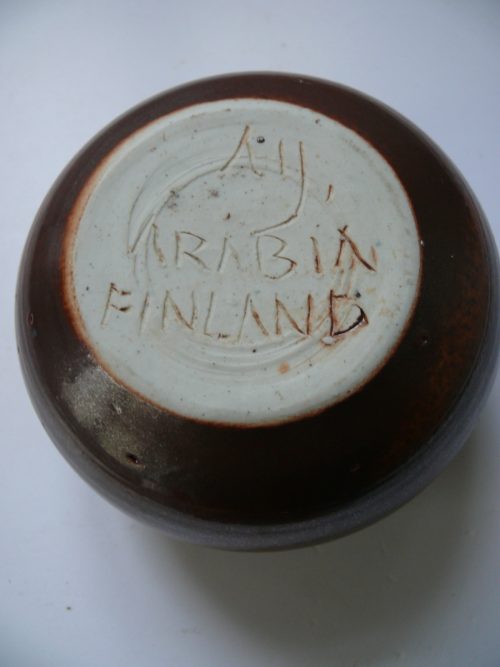