Knud Khyn was a an accomplished Danish painter, draughtsman and ceramic sculptor. My interest in his work lies in his evocative, superbly modelled ceramics.

His animal figurines capture so so well the mass and expression of his subjects, in addition to capturing the essence of their characters, how they move, and how they play. Many of these figurines use a glaze popular at Royal Copenhagen during this era – an iron rich “Sung” glaze – (fired in the kiln once only)

The figurines I come across most often are the “3 bears” by Knud, which come in several sizes. Going by the number of them that come up for sale still on the secondary market they seem to have been the most popular.  There is so much more Knud Kyhn work to discover though, and pictured below are some examples.

Together with his wife Julie Bloch Kyhn, Knud also operated a studio from their home in Farum from 1934. Pottery from this studio is usually marked FK for Farum Keramik .

This studio in 1993 was apparently opened to the public but from what I can gather, it was later donated by Bodil Kyhn (Knud’s Daughter) to the Farum Municipality which later sold the house, and the works were donated to the Næstved Museum. Kyhn’s work is also widely represented in major galleries around the world. 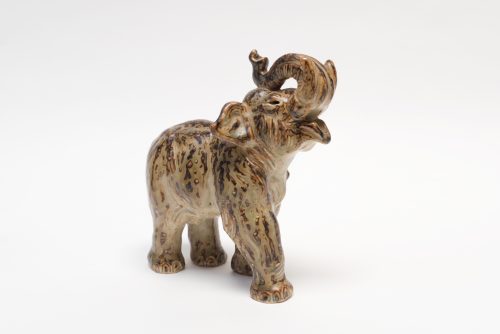 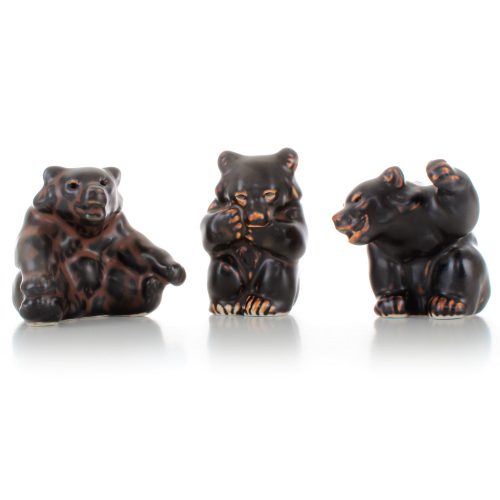 Knud Kyhn also produced a number of decorative wall tiles or wall plaques for Royal Copenhagen, these are much harder to find. Many of them consist of animals in their environments like the one pictured below.