Anne Marie Trolle (b1944- ) was one of the designers under the direction of Nils Thorsson in the group who created the now iconic Baca and Tenera series.

She also produced some very impressive designs for Royal Copenhagen in the 1970s and 1980s.

2 of Anne Marie’s designs which really stand out from the crowd to me are “Floreana” and “Indigo”.

My favourite is the Tea Caddy, from the Floreana series in 1982.

Part of a series of repeated shapes produced in a choice of patterns based on leaves and spotted fruits. Trolle recorded that this was inspired by a study trip to the Galapagos Islands, the decoration – and to some extent the shapes – reflect Danish artists’ traditional and instinctive response to oriental influences.
http://collections.vam.ac.uk/item/O168193/floreana-tea-caddy-and-trolle-anne-marie

But it is hard to go past “Indigo” for its clean Scandinavian forms and striking deep cobalt blue graphics. It was designed in 1975 by Anne Marie and was in production until 1985. 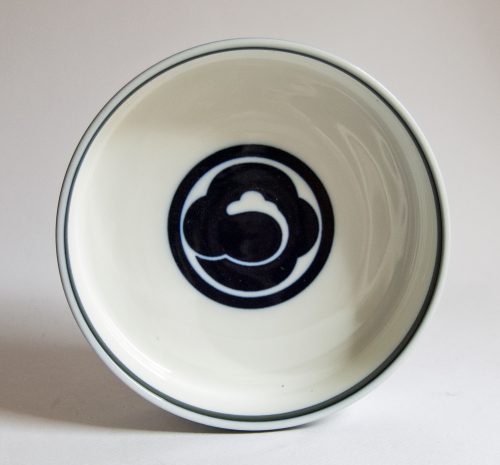 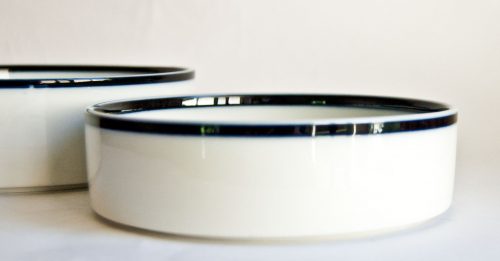 Royal Copenhagen Indigo Main Plate – The plates have quite a deep profile.

With similar clean aesthetics Anne Marie also designed around the same time – “Domino” (in white and brown variations) which won a gold medal in 1971 at the International Ceramics Exhibition in Faenza Italy.