There is so much more to Hjorth Pottery than the commonly seen Art Nouveau style terracotta coloured pottery.

Many artists, potters and designers have been associated with the factory, creating a huge diversity of styles.

One of the most influential ceramicists at Hjorth was Gertrud Kudielka was born in Bohemia (Czechoslovakia). She was a visiting artist 1930-1931, 1934-1936 and 1938-1939. After WWII she fled her homeland and moved to Denmark where she became a citizen in 1957.

Some other important Hjorth artists are:

But there were many more including visiting artists and ceramicists.

Hjorth Bowl – Design by Gertrud Kudielka – typical of her decorative patterns with a folk look to the design. 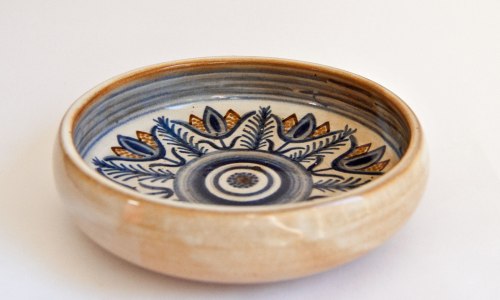 Gertrud worked at the Hjorth Pottery from 1949 until her retirement in 1964 . For more than 30 years she helped shape the factory’s production. Her most well known designs are small figurines, and beautifully patterned hand painted patterned pieces with a traditional folk look to the desisn. 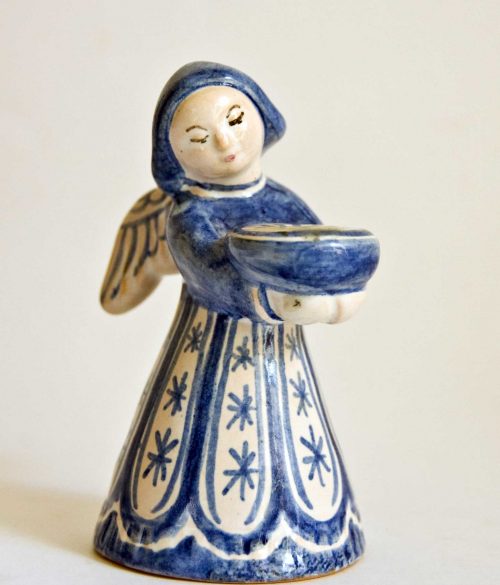 The striking piece below I believe is a 1960s reproduction of a form from the 1916 catalogue, the title of which translates as “copies of Bornholm excavations”. Copies from which age I’m not sure, as Bornholm has been occupied since pre-historic times by several races/tribes of peoples. Pieces made in 1916 at Hjorth in the style of the excavated pieces usually were not glazed – and definitely not glazed in this more modern style. 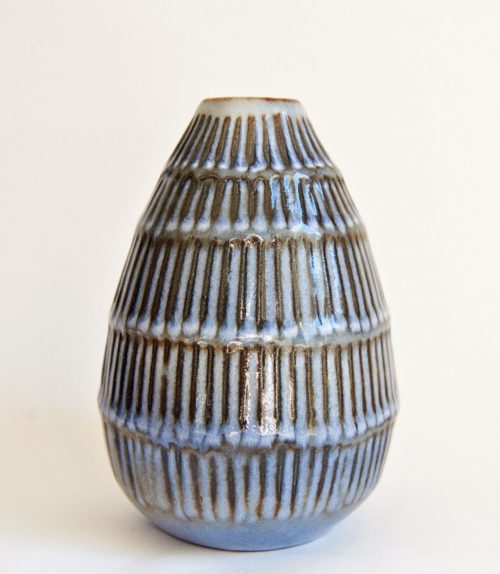 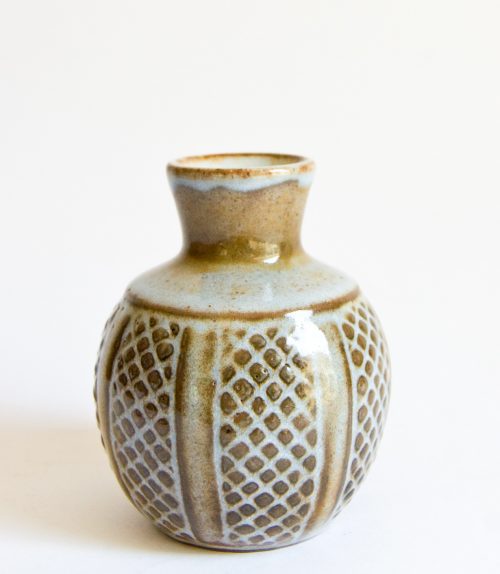 Hjorth Bud Vase – These small bud vases are amongst my favourite pieces of Hjorth Pottery – there are a huge number of designs, all with lovely intricate designs. All are hand thrown, and either hand painted or carved like this one. 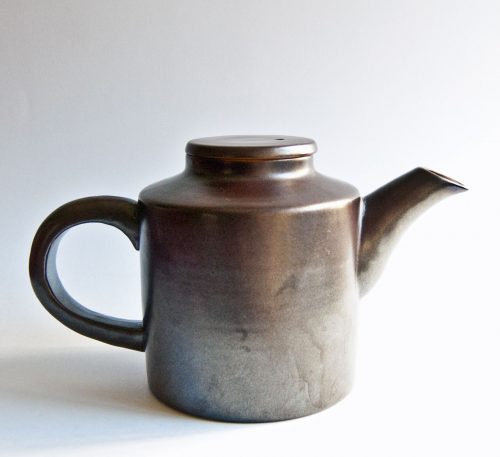 Hjorth Teapot – This lovely teapot is made of the same clay as the pharmacy ware produced from 1927 – almost impossible to date however as this design with the brown grey clay and simple glaze has been in production ever since – and is even in included the new working museum range.

THIS Danish website also has some well researched and nicely photographed articles on Hjorth Pottery.