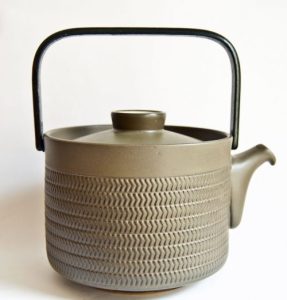 Denby’s top designer in the 1960s and 1970s was Gill Pemberton, responsible for the creation of the iconic designs Chevron (Camelot U.S.), Arabesque (Samarakand U.S.) and Rondo amongst others. Gill was a standout student when she studied at both the Royal College of Art, (3 years) and Birmingham School of Art (4 years), before being spotted by Denby.

Gill’s primary brief at Denby was to re-define the traditional qualities of Denby Stoneware into contemporary sculptural shapes which could be admired as objects of beauty in their own while being highly functional.

Denby pottery was founded in 1809 and continues to the present day producing tableware and decorative stoneware items which are both practical and beautiful. Their practice of employing top designers and craftspeople has ensured its success for over 200 years.

Gill Pemberton’s Chevron design is I believe one of the design classics of the 20th Century…having as much in common with the principles of the Bauhaus as it does with domestic pottery. The Chevron range is ergonomically correct and balanced to use – in perfect alignment with one of the most important aspects of modern design principles – i.e. That form follows function. 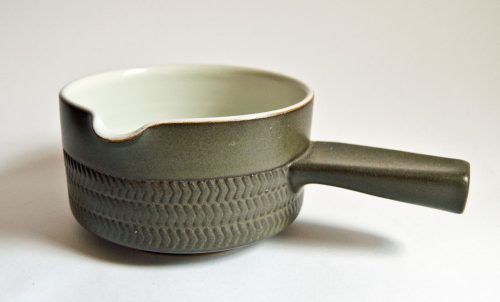 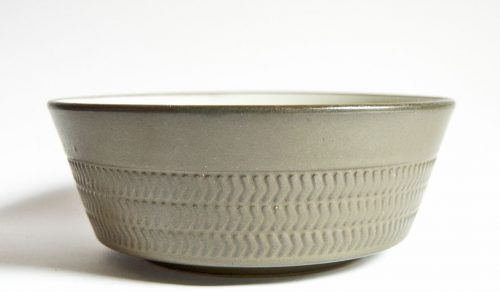 To us today Chevron simply looks very modern with clean lines, but in the 1960s it was revolutionary, and was highly popular, typifying the mood of an era.

Gill’s method of working was always very hands on, working with the modellers, throwers and chemists, and nearly always working directly on to the clay without drawings, except for periods when she wasn’t able to work through having 3 children.

Working with Stoneware requires quite a different technique to working with porcelain or china clay. It’s probably best described as requiring a sculptural or modelling skill which Gill Pemberton certainly had.

The Chevron range was huge, consisting of over 70 pieces. Initially all the casserole dishes and cups/mugs were hand thrown, and the flatware hand jollied. 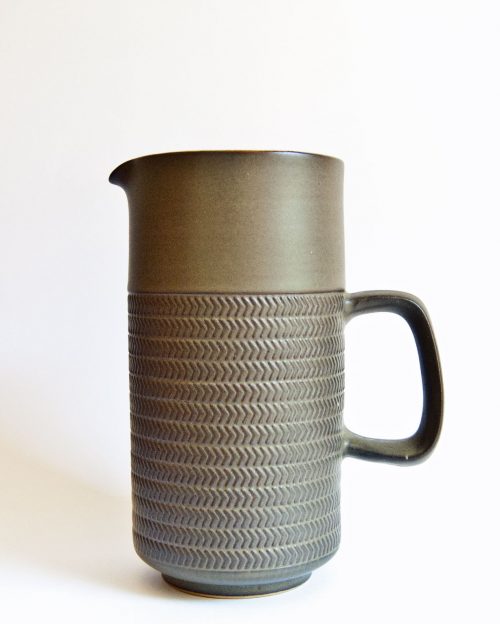 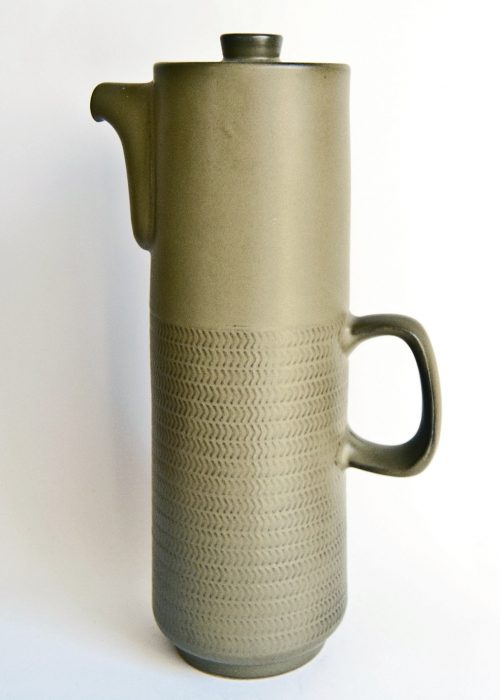 As with other Denby sets of this time there were a number of sizes of coffee pots, tea pots, cups, mugs and jugs. 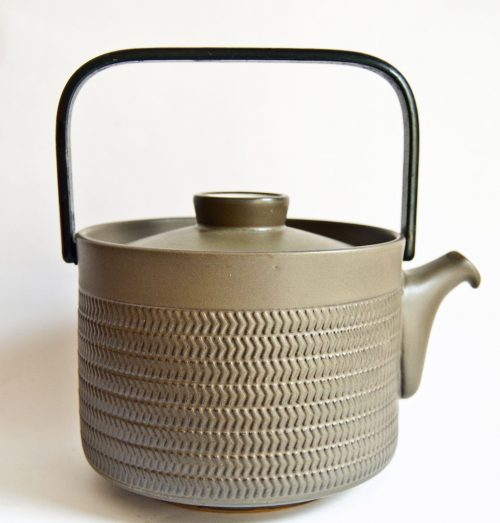 Denby Chevron Steel Handled Teapot (made for the Scandinavian market) 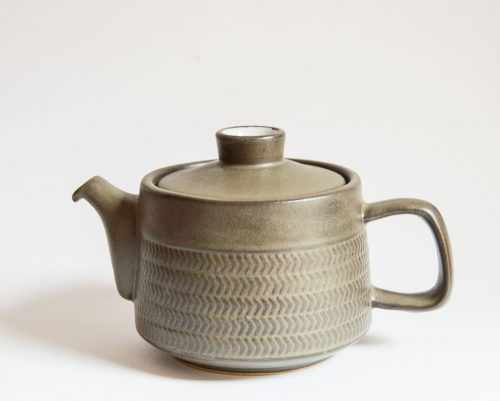 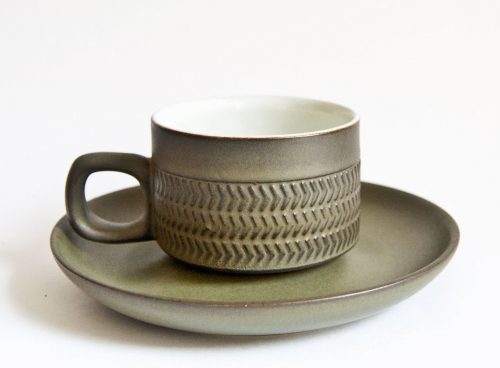 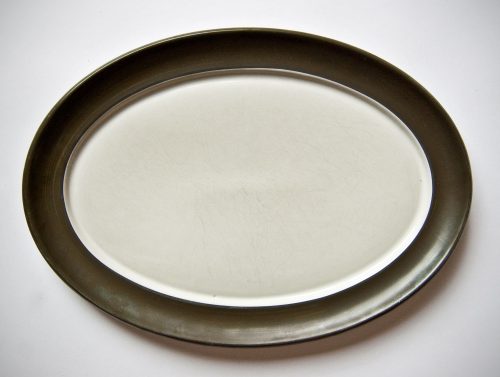 Another thing I love about this design is how the Khaki/Olive green matte glaze contrasts beautifully with the satiny white interior on many of the pieces, such as the cups, mugs and bowls

The reason Chevron was renamed “Camelot” for the American market was apparently to avoid confusion with the Chevron chain of petrol stations which was pretty big in the U.S at the time. The movie “Camelot” was number 1 in the U.S at the time, and the name was chosen to ride on the popularity of the movie – although now it seems quite a strange mismatch I think.

It is also said that the stylish Jackie Kennedy had this set on her wish list for the Whitehouse!