Aksini pottery Denmark is something I come across from time to time. The name comes from shortening of the name of designer Aksel Sigvald Nielsen. (b1910-d1989) who started up his own pottery in 1954 with his son, after working at Knabstrup Pottery from 1929 to 1954.

The pottery produced a wide range of mainly domestic wares, but it is the biomorphic, black and white sculptural forms that are probably the stand out designs from this pottery.

I also like the pieces from Aksini with  coloured cross hatching designs as seen below. The pottery was mainly fajance decorated earthenware, but you can find stoneware pieces from time to time. I haven’t been able to find out when the pottery closed, but probably late 1980s. 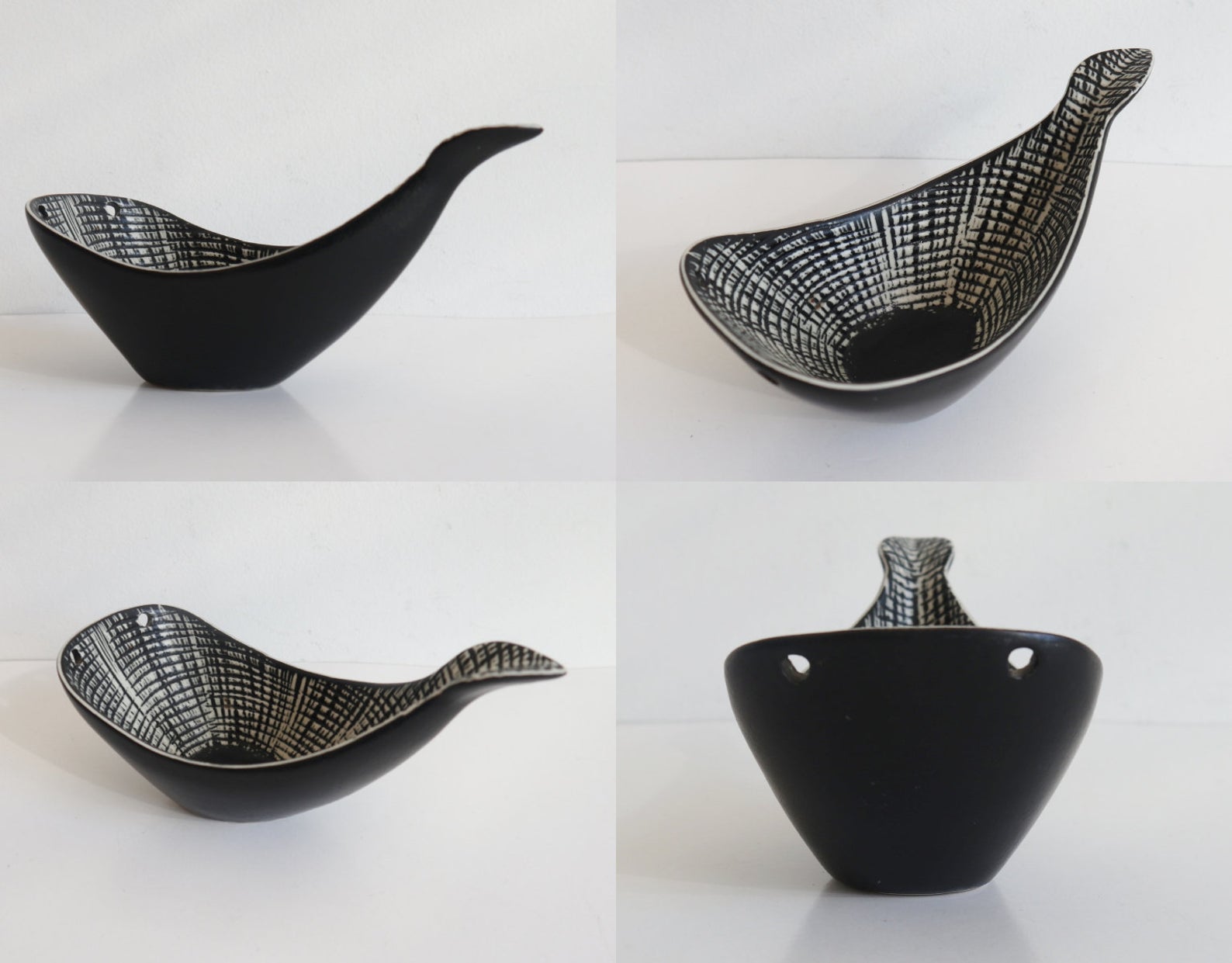 Aksini Pottery also produced decorative domestic ware, and recently I discovered the interesting items below. They are salt and pepper shakers, one has “Pebermø” on the back and the other “Pebersvend”. Apparently these terms are old Danish language for “Spinster or Old Maid” and the male equivalent . 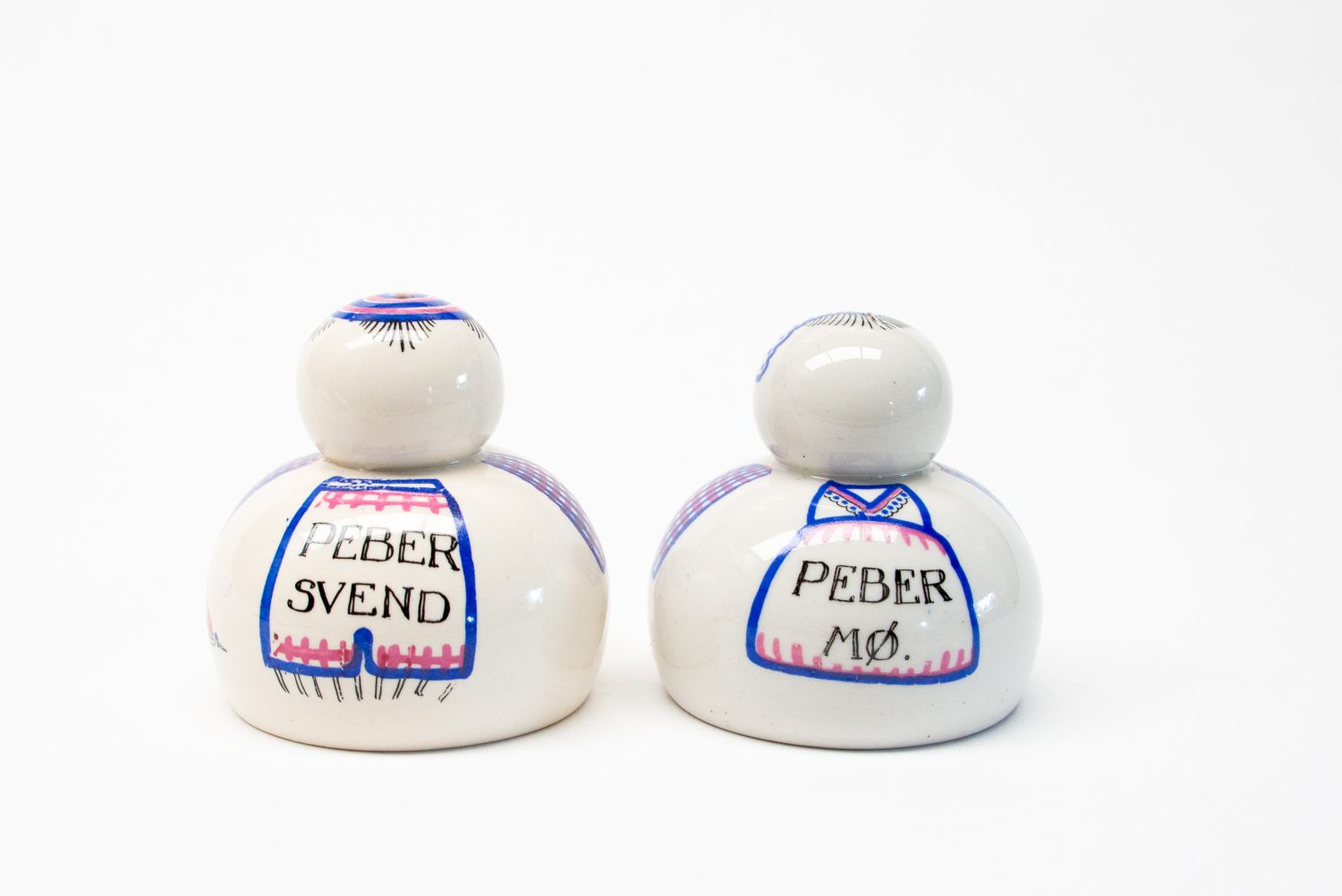 Holbaek Museum in Denmark holds some of Nielsen’s original sketches from his time at Knapstrup, but they are no longer available online sadly, and neither is the wonderful resource that was Knabtrup-specialst in Denmark that had a thorough history of Knabstrup Pottery, its designers and a catalogue of items produced at Knabstrup.

On that topic, so much important historical information which was available on the net just 3- 5 years ago has not been retained or maintained and a lot of history is sadly being lost. Even many of the major makers of pottery with proud, important and long histories have removed historical references from their website, and now produce websites that focus purely on advertising, glamour, and sales, and the “dumbing down” of the importance of their history into a few lines if at all…it’s sad to see how much is being lost, especially since a lot of it is not recorded in books or other hard documents.

Aksini ware is often hand signed as below, but stamped logos were also used later on.