Denby Cottage Blue was introduced in 1926 and continued to be popular into the 1980’s – a very long running design by any standards.

Cottage Blue is typified by its blue mottled glaze which is partly transparent (I would call it Imperial Blue – it isn’t a bright cobalt blue). Contrasting with the blue is the lovely buttercup yellow interior on most of the forms.

It was introduced on the traditional shapes Denby was using at the time – and it looks like more shapes were added as time went by.

I’ve seen it attributed to Donald Gilbert – but I don’t think that can be correct as he didn’t join the firm until 1931.

Here are some of the charming pieces from Cottage Blue. I particularly like the angled forms of some of the ramekins and serving dishes. 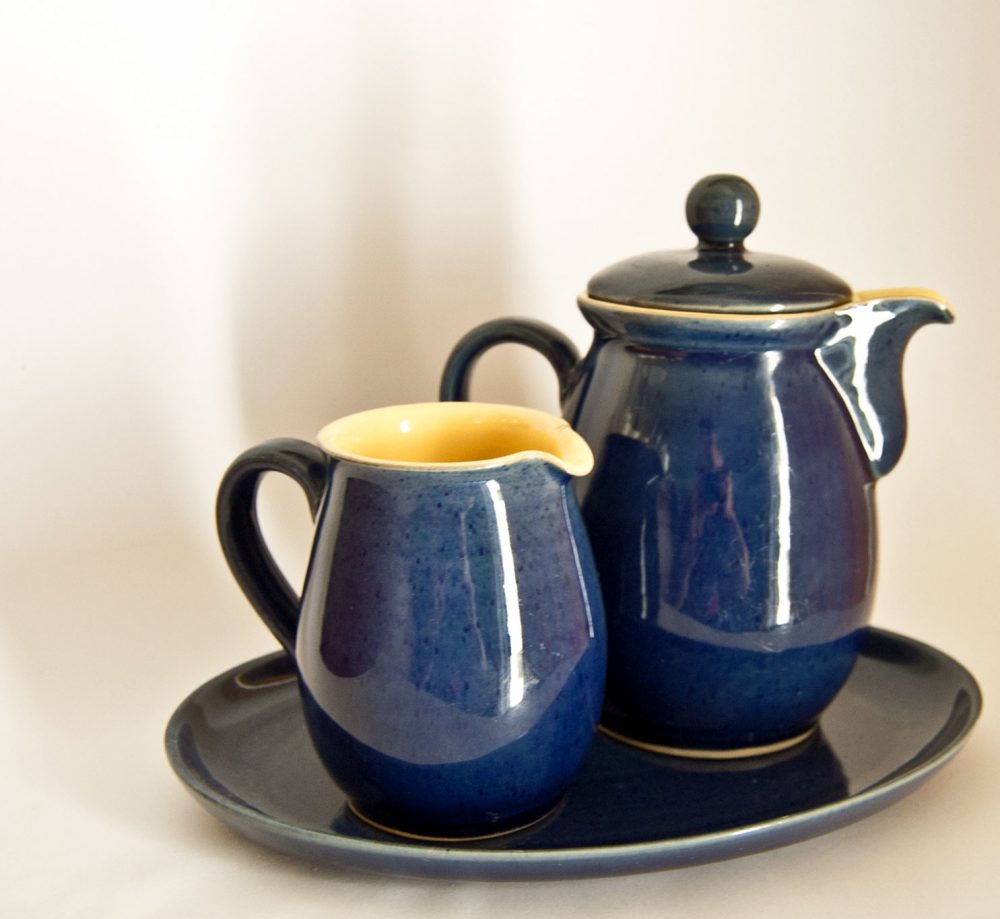 END_OF_DOCUMENT_TOKEN_TO_BE_REPLACED

In 1924-5 Bourne-Denby as the British company was then known, introduced a decorative line called “Danesby Ware” of which the “Electric Blue” range was one of the outstanding and most popular lines. The Electric Blue glaze captured a new age of optimism and cheerfulness coming out of years of darkness during WW1

Originally inspired by the shapes of an Aladdin’s lamp, the outstanding feature of this range was the beautiful blue streaky and high gloss glaze. It was produced well into the 1930’s, and is still popular amongst collectors today.

Being stoneware it has lasted incredibly well, and the pieces I have photographed here are in superb condition. You can often fine Electric Blue in online stores in the U.K., and in Canada.  The vase forms pictured here are probably the ones you will find most often – but there are some beautiful large jug forms which are much harder (and more expensive) to find.

They are such classical, elegant and beautiful shapes. END_OF_DOCUMENT_TOKEN_TO_BE_REPLACED