Posts from the ‘Jessie Tait’ Category

Every piece I come across from this series is so beautifully elegant and well proportioned – a fantastic example of 1960s modernism and industrial design at its best.

The pattern for “Sienna” was designed by British design icon Jessie Tait for the Fine Range (1962-1978). It was one of the top selling designs from this series.

The forms for the Fine Range were designed and developed by the Marquis of Queensberry in collaboration with Roy Midwinter.  As well as considering the forms, an improved white clay body was developed, along with a new tougher glaze. The shapes were loosely based on a milk churn – and the straight sides were the perfect vehicle for a wide range of patterns – over 60 designs were created for this series.

Every aspect of this design has been carefully considered, from the shapes to elements such as the lid which shaped in quite a complex manner underneath so it will not fall out when being poured. This considered, quality design you rarely come across these days.

Along with Sienna, another of my personal favourites from the Fine series is “Mexicana”, again by Jessie Tait – this was the only hand painted pattern in the series – but this also proved so popular the pattern was later applied as a transfer. 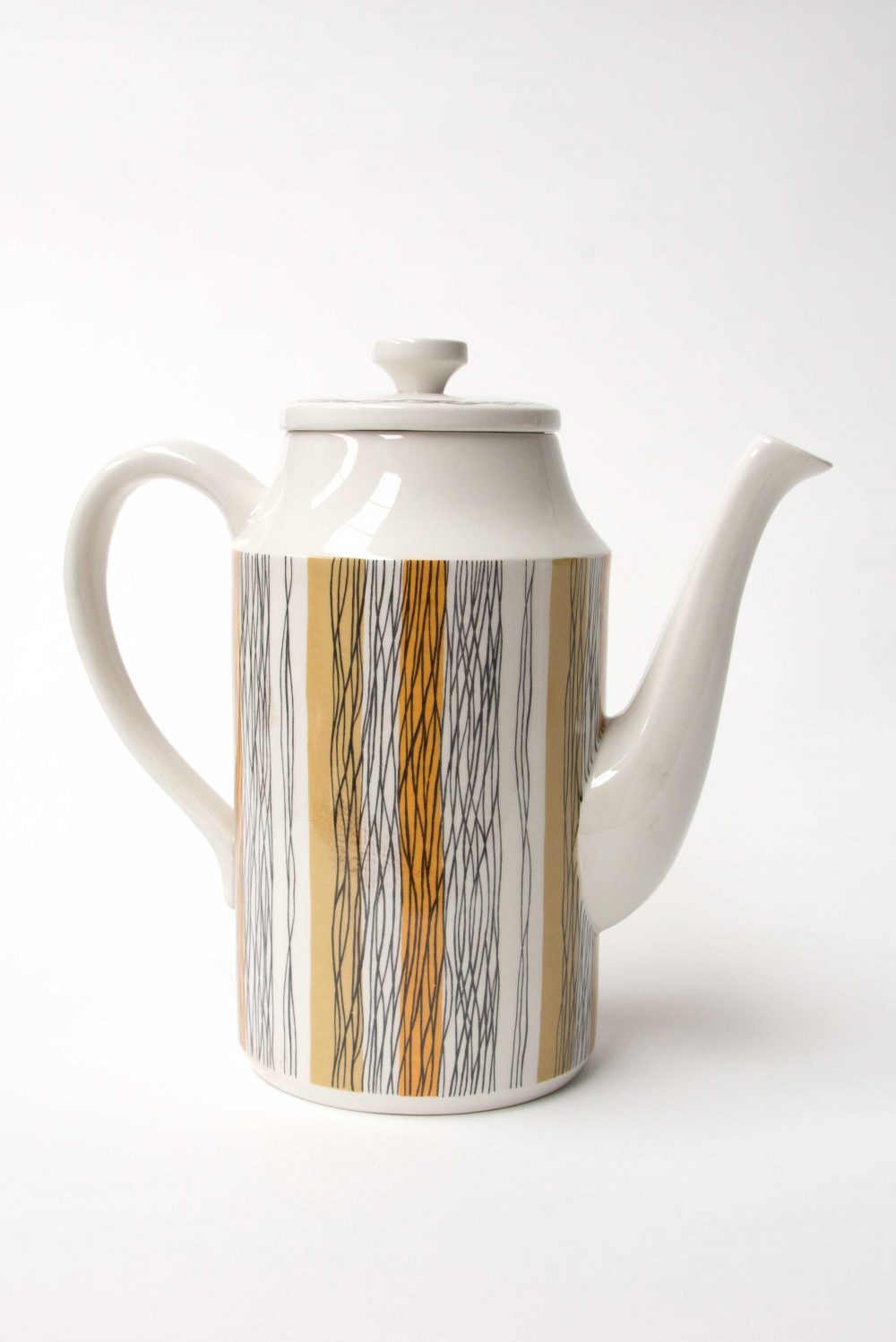 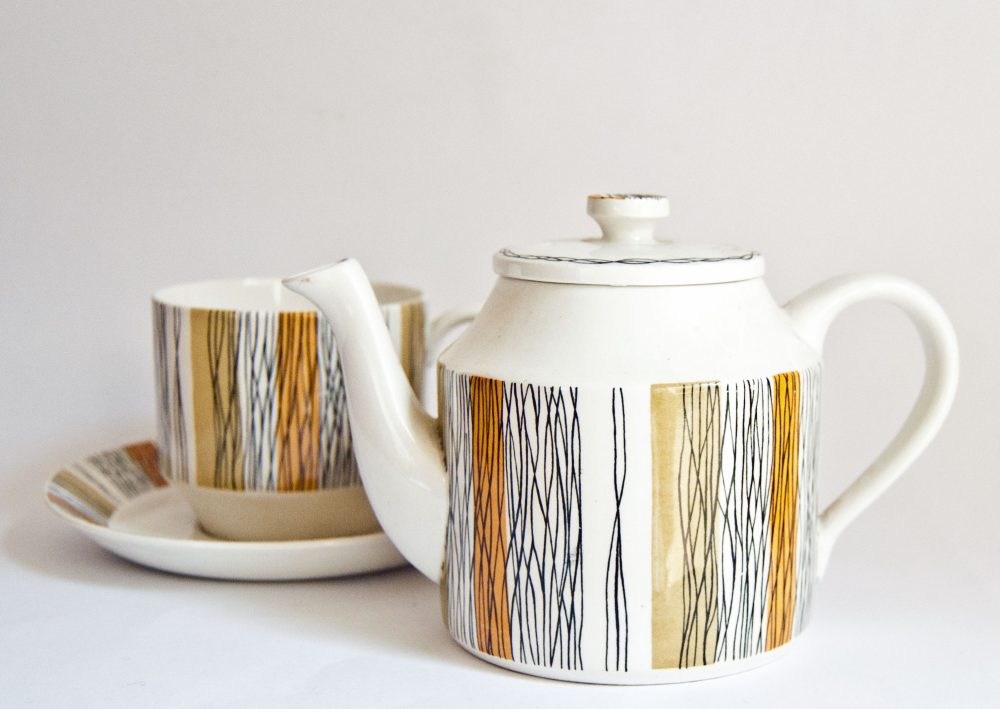 END_OF_DOCUMENT_TOKEN_TO_BE_REPLACED

“Red Domino” was designed by Jessie Tait for Midwinter c 1956.

The design made a feature of the rim on the Stylecraft shapes. It was so popular it was produced in a number of variants and colours over a number of years.

A hand painted design – It is one of those classics that just screams 1950s to me. Its interesting as well that anything with polka dots seems to be really popular – combine that with red – and you have a highly desirable combination.

It was so popular that 20 Paintresses were employed on this pattern alone.

Other colours released in the Domino design were Blue Domino 1956, and a Green (made in less quantities). There is also a Black Domino which is very rare and hard to find.

Red Domino continued to be used as a variation on the “Fashion Shape” and was also adapted for the “Fine Shape”.

END_OF_DOCUMENT_TOKEN_TO_BE_REPLACED

The forms for the “Fine” series were designed by David Queensbury and Roy Midwinter. The forms of the series were a departure from the flowing organic shapes of the 1950s and featured straight sided, cylindrical, stackable forms.  The clay body chosen for the series was also a stronger and whiter clay from previous productions.

Jessie Tait designed a huge number of patterns for this shape – and Sienna became one of the most popular, continuing in production until 1978.

Sienna is a transfer print in fine stripes of subtle khaki green and orange, overlaid with black lines.

Having a look at the images below it is easy to see why this design was so popular in its time, and continues to be popular on the secondary market to this day. 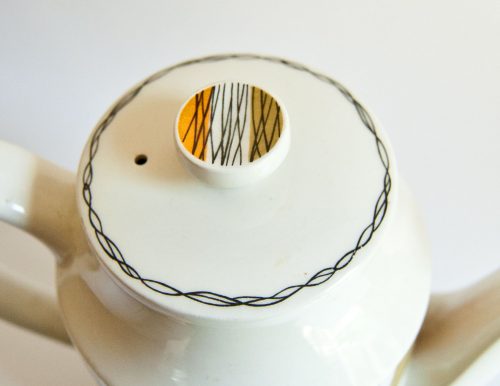 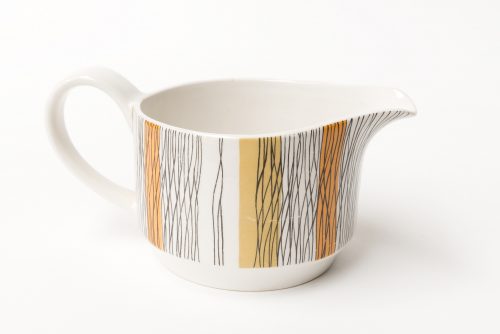