Carn is the only surviving pottery out of the iconic 1960’s and 1970’s Trio of Cornish potteries – Carn, Tremaen and Tremar. The Pottery was established in an old chapel by John Beusmans in 1971 in the village of Nancledra near St. Ives in Cornwall.

John studied at Redruth Art College with his parents encouragement. His parents owned a retail pottery shop which exposed John to a lot of Cornish pottery styles. (Incidentally his parents also made the lamp shades for the renowned Troika lamp bases.) John quickly developed his own very recognisable style. John’s work displays an artist’s skill in his use of sculptural shape and form – and most pieces have many different viewing angles, as does good sculpture.

John defines himself as “A potter who makes his living from pots, not someone who just does it for pleasure – my pots have to be commercially viable – that’s part of the equation”

Every piece of Carn Pottery has at least 2 distinctly different sides, and in between these two sides you often see interesting morphing into other shapes. All of the pieces are slip cast and stoneware fired in electric kilns to at around 1200c. The pieces are glazed a plain white on the inside, and to accentuate the textures on the outside – John uses oxides, applied then rubbed off the high relief. 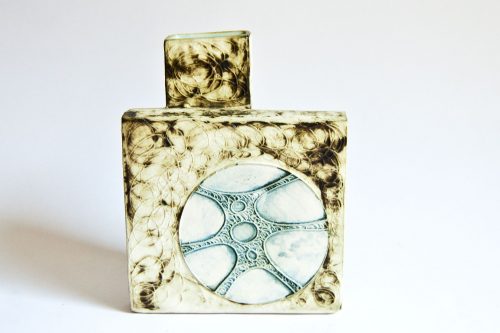 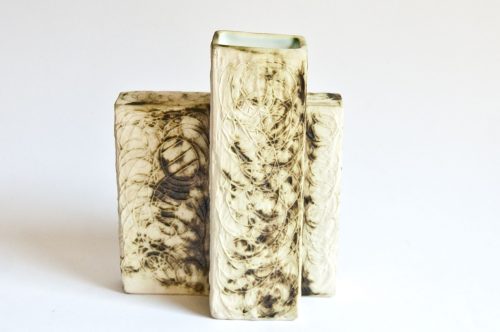 The colour comes from either copper for the green tones, or cobalt for the blue. The colours resulting are cool – like the changing colours of the Cornish sea and Cornish Landscape which has influenced John. The overall feel is almost primitive Celt or Norse like much Cornish pottery, and as John has said “ Getting back to the runes on the stone that basic primeval consciousness …there is something of that in my pots”

Pot identification is by numbers or numbers with a prefix of letters. Some pots will have numbers, some a signature and stamp, some just a stamp. A number by itself are his earliest creations – ie. No.1 is the owl, No.2 the bottle vase.

There are also series usually starting with N, X, Z.  Below in the last 2 images you can see an N3 Vase. 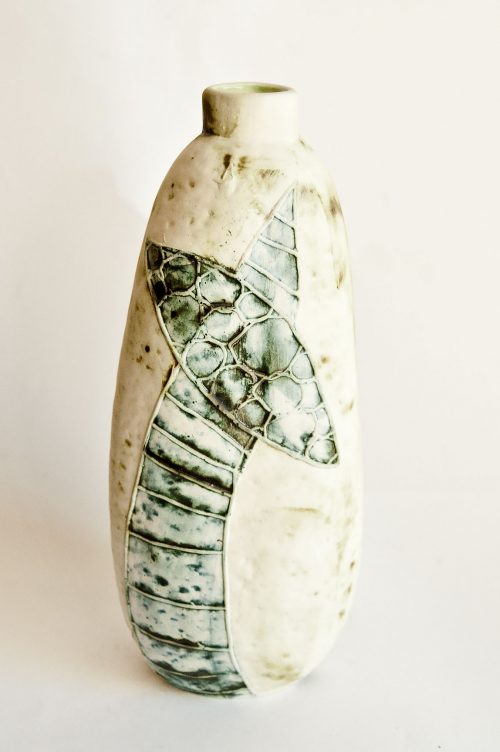 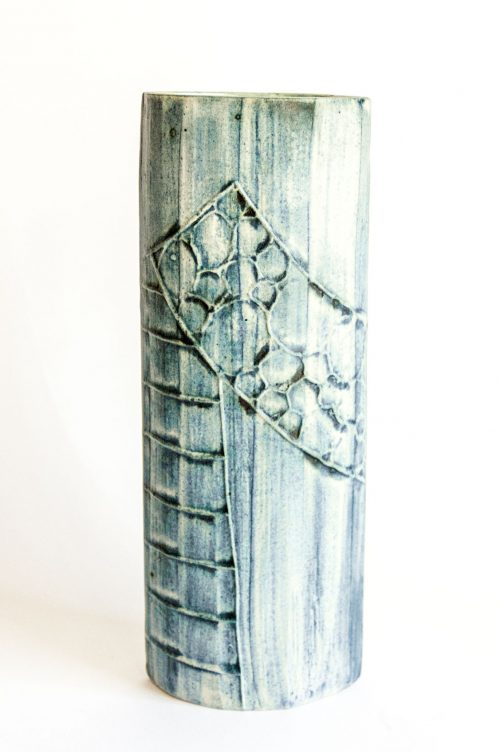 Carn is a popular and collectable, Amongst collectors the fan vases are very sought after, as are the Carn Cats. My favourites though are the cubist style, angular pieces which I think show off John Beusmans high level of skill as an artist.

Photographs are of pieces from my collection.