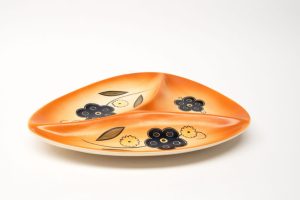 Between 2009-2012 I was searching for information on some very interesting looking, modernist style pottery I had, labelled “Terra Ceramics”  – and I couldn’t find anything on the net. I held on the the pieces I had in the hope that one day information would come to light – which it now has.

My first impressions were that the pottery was either Japanese or Eastern European. However all came to light last year when I came across another very impressive piece with the “Terra Ceramics” label and on searching the net again was very happy to find that the ever resourceful “Rameking” Blog had published a brief history of “Terra Ceramics” in 2013 which turns out to be an Australian based commercial Pottery, run by an exiled WW2 European refugee. You can read the full post about Terra Ceramics on that blog HERE

From Rameking here is a brief summary:

“Terra ceramics was run by Bernhard Fiegel who arrived in Australia in 1939 as a stateless war refugee. ……Bernhard had trained as a potter in the Netherlands before coming to Australia. His ceramics business in Australia was set up in Ashfield, Sydney in 1946 and ran until the early 1980s. Bernard died in 1981, but just prior to his passing he had negotiated with a New Zealand company to use trademark “Terrra Ceramics” under licence. They initially used the same stickers as the ones from Australia, but later changed the label to “Terra Ceramics, New Zealand”

It is unclear if the company producing Terra Ceramics NZ is still operating or not – but they were in 2013 it seems.

The output of Terra Ceramics was all slip-cast, and many pieces feature a hand painted design. The designs are painted with the skill and flair of a trained ceramicist. You can see from the pieces that the plaster moulds from which the forms were made were expertly and precisely formed. The forms created are also beautifully organic and flowing – but at the same time precise, and they have that very mid-century, slightly Eastern European flair about them I think.

The output seems to have been utilitarian domestic ware – e.g. platters, teapots, cruets, lazy susans – but animal figurines (which were popular at the time) appear to have been an important part of the output from Terra Ceramics as well. During researching for this post it was also interesting to note that important and respected Australian Potter Bernard Sahm also worked at Terra Ceramics in 1956.

Over the past few years it seems a much clearer and documented picture of the work of Bernhard Fiegel is starting to emerge, and I think that the work of Fiegel is an important part in the jigsaw puzzle of Australia’s post-war ceramic history. 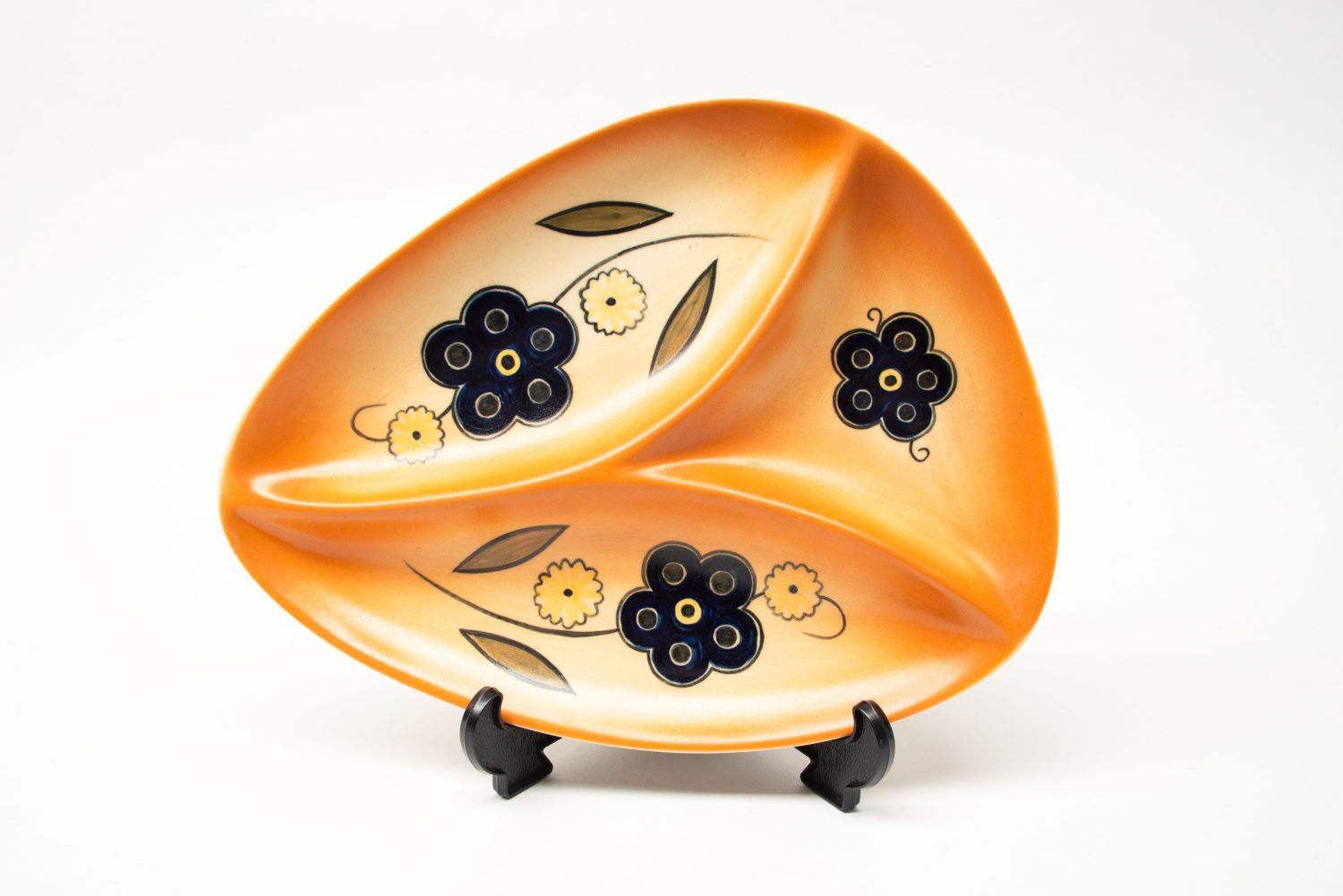 I have found several articles about Terra Ceramics on the Australian TROVE database. One is in an article from Women’s Weekly Australia 3rd Oct, 1956 –  featuring highlights of an exhibition of Australian Pottery at a Sydney Department store alongside pieces from Florenz and Studio Fisher.  The pieces from Terra Ceramics photographed in the article were a “lazy Susan” with individual dishes on a revolving wrought-iron base, and a condiment set on wooden tray. You can see the article archived in the TROVE database HERE . There is another entry on Bernhard Fiegel on TROVE here(part of which is the entry from Rameking mentioned above). And there are more tantalising snippets of information about Terra Ceramics if you search the Trove database.

There are a number of marks, stamps and labels on items from Terra Ceramics. The simplest is just an inscribed TC – perhaps this was the earliest mark before labels or stamps were produced – just a theory though.

The most common seems to be the label seen in the first photograph above, and often these pieces have kept their labels fortunately. 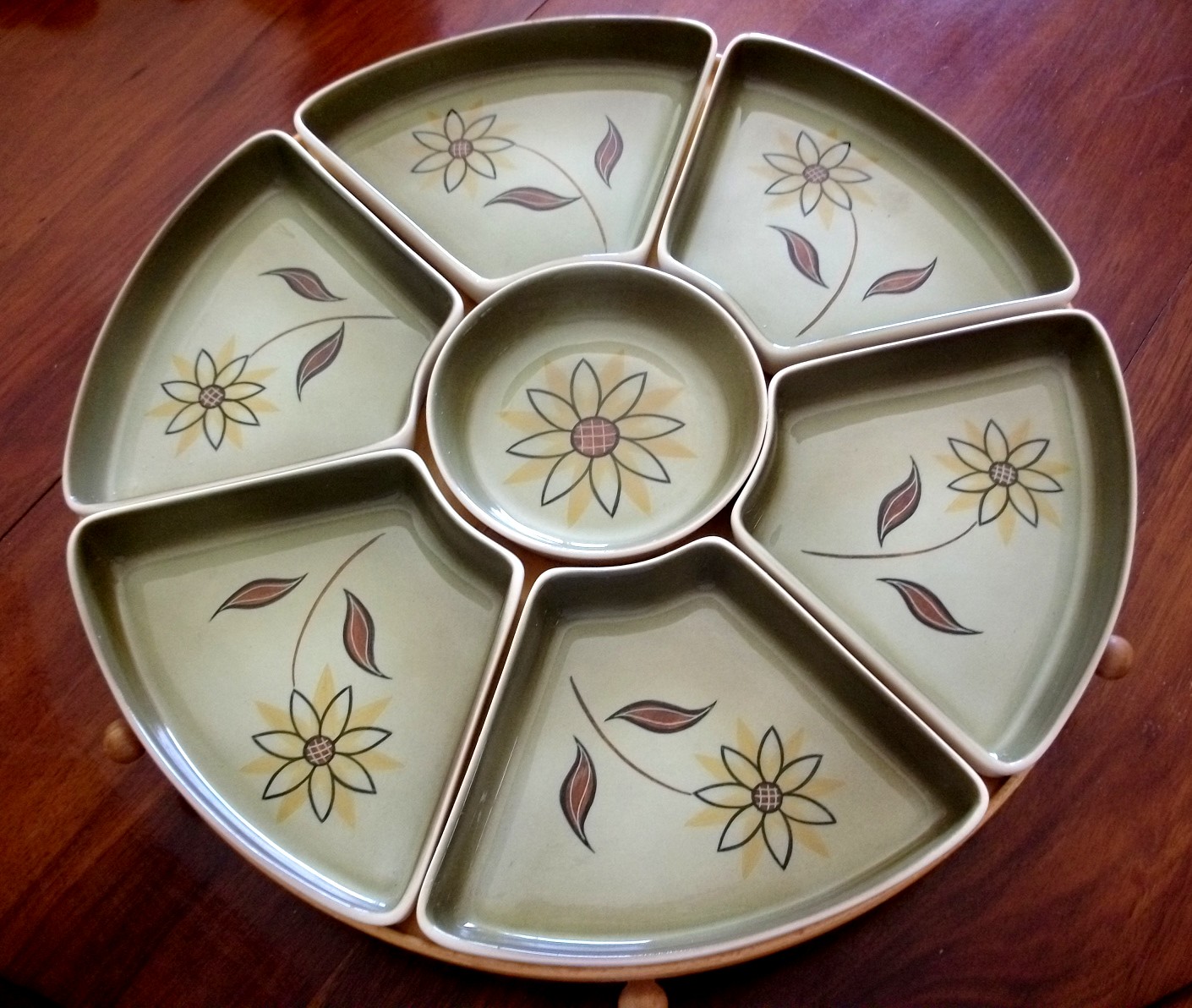 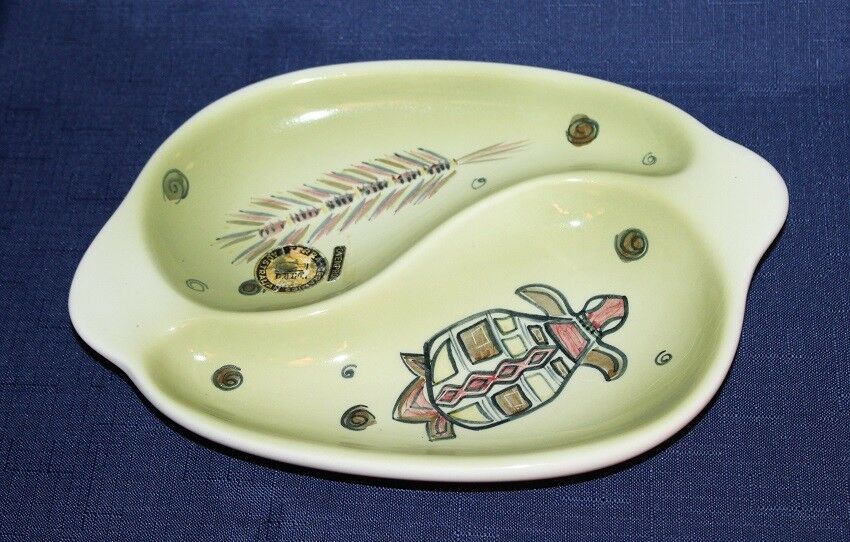 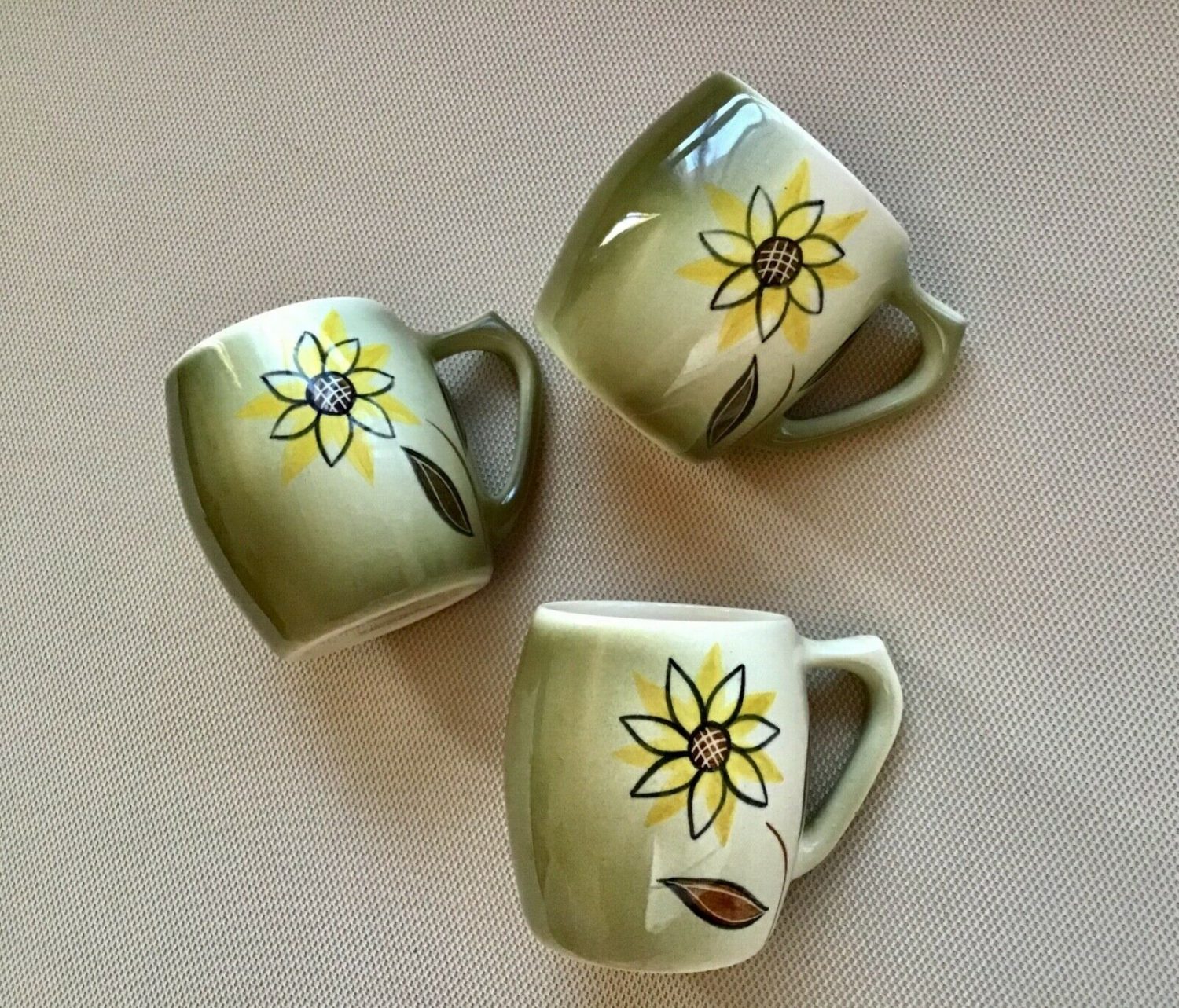 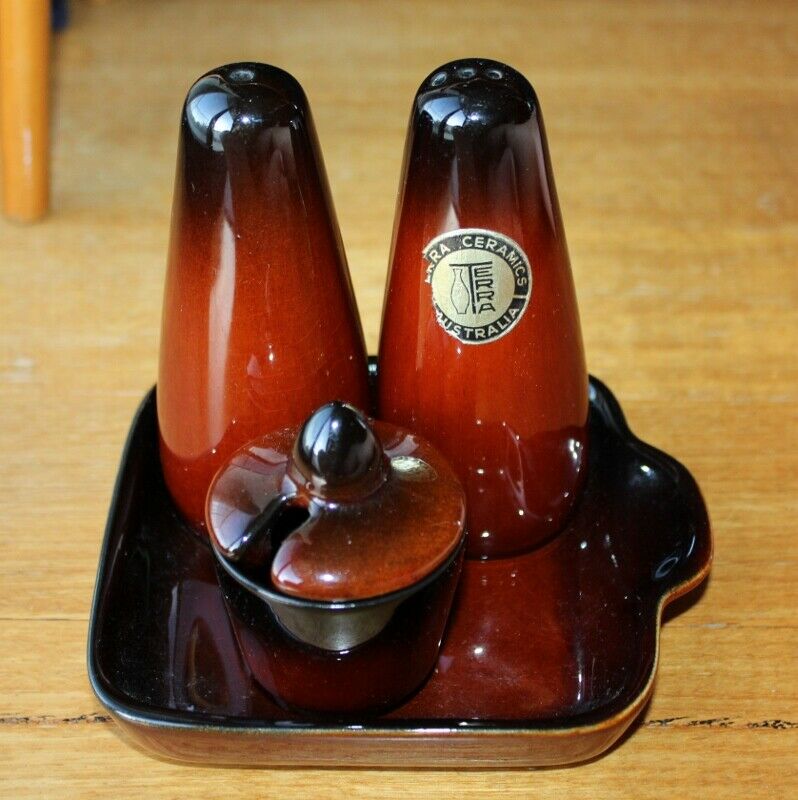 The contribution and importance of the hundreds of exiled and displaced European Artists, Craftspeople, Designers etc. to Australia during this period was highlighted by Melbourne’s RMIT in 2019 in the impressive and significant exhibition “Melbourne Modern” which showcased the work of many of these displaced persons. While this exhibition focussed on Melbourne, it highlighted the valuable influence in Australia of these Artists, Designers and Creatives…many of who like Fiegel are still being “discovered”.