Recently I came across a very smart early Hornsea design in the form of a lidded butter dish. It is from the Hornsea “Summit” series – designed 1960, produced 1962 -1965. It’s designer of course John Clappison.

The summit series was very popular in its day with its modern tapering forms, fluted over the full height of the item with colour inlays of either apricot, turquoise, charcoal or terracotta on a white ground.

The glaze colour in the ridges was applied by hand on bisque fired pieces with a sponge and then wiped off – resulting in glaze colour being left only inside the ridges. The whole piece was then glazed with a transparent glazed and  re-fired to higher temperatures

Pieces in this series will have an impressed stamp on them indicating the form number – this butter dish is 260.

One thing that strikes me about these pieces is they are surprisingly fine and delicate for earthenware, which really compliments the fine and beautifully considered design. 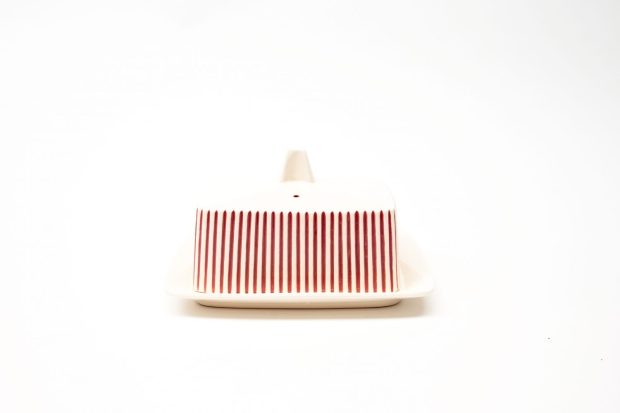 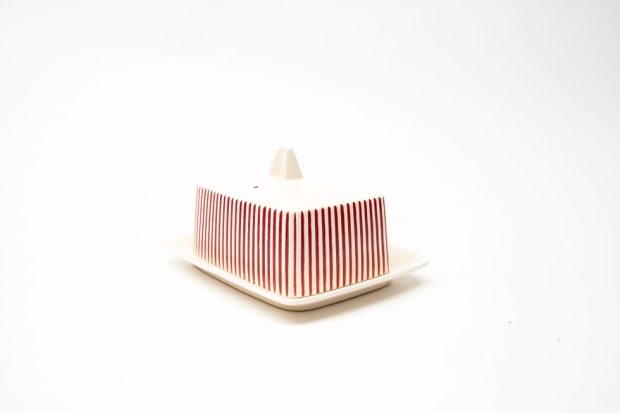 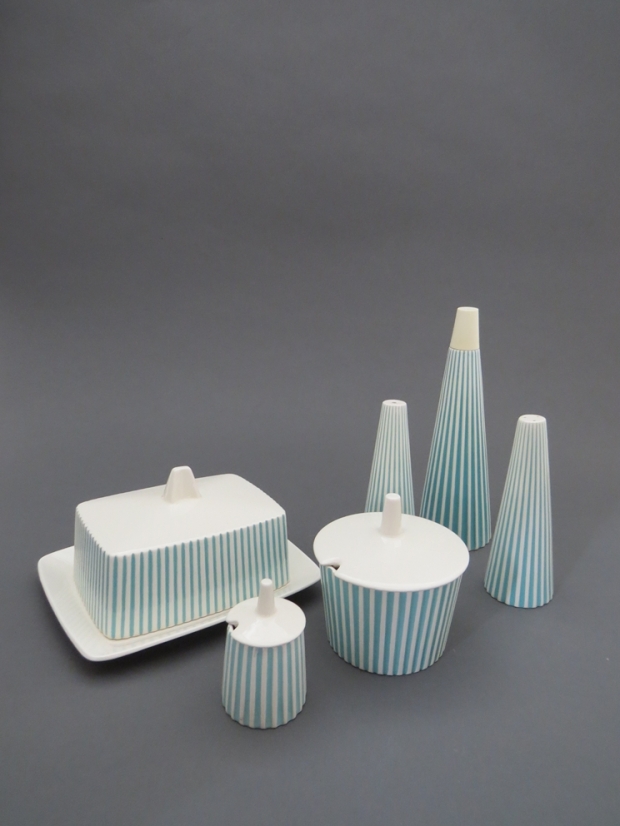 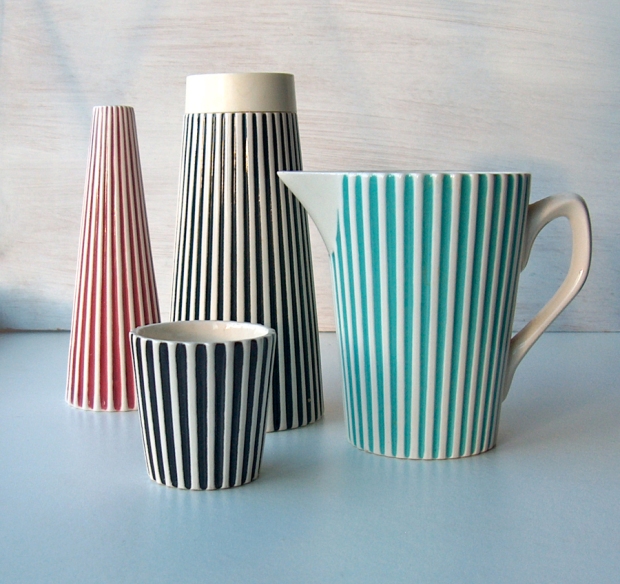