This stunning design is Arabia Finland “Fructus”, pattern design by Gunvor Olin-Grönqvist and in production 1960-1975. It is on the same forms as many other popular designs during this era – the “S” model forms by Ulla Procope.

As with all of these larger hand painted pieces the initials of the designer are on the reverse, often followed by the initials of the painter. It seems to be the plates – both large and small you now come across mostly in this design – the other forms are much harder to come by.

Gunvor Olin-Grönqvist (1928-2005) spent her whole professional career at the Arabia factory (between 1951 and 1992). Common motifs and themes in her work were fruit, animal and plant designs. Early on these were often stylised as in this design, and later in the Art Department where she worked from 1976 her designs were more naturalistic. 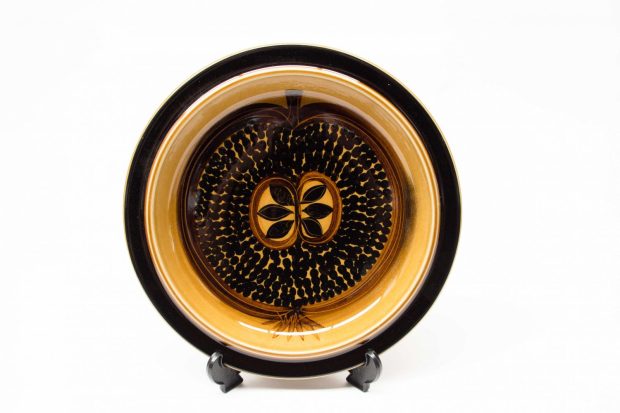 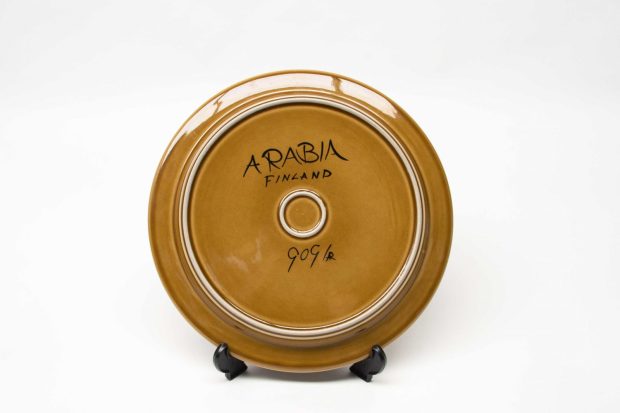