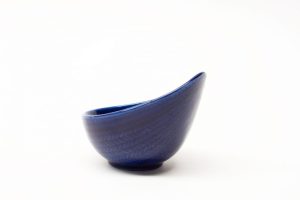 Hertha Bengtson designed “Blue Fire” for Rorstrand Sweden in 1949, and it was in production from 1951-1971. It became a hugely popular design both in Sweden and internationally with its sweeping and bold biomorphic forms, and  intense blue glaze.

It was the first major dinner service designed by Hertha, who unlike many of her peers had a strong interest in the design of dinnerware.

It is a slip cast earthenware porcelain with a subtle and quite beautiful moulded herringbone pattern  which isn’t always apparent at first glance.

Some pieces of the dinnerware are in bright white, contrasting with the intense blue of the other forms. It was also released with a deep red coloured glaze. I have read that it was also released in a grey and a green – but haven’t been able to find any record of those colours. 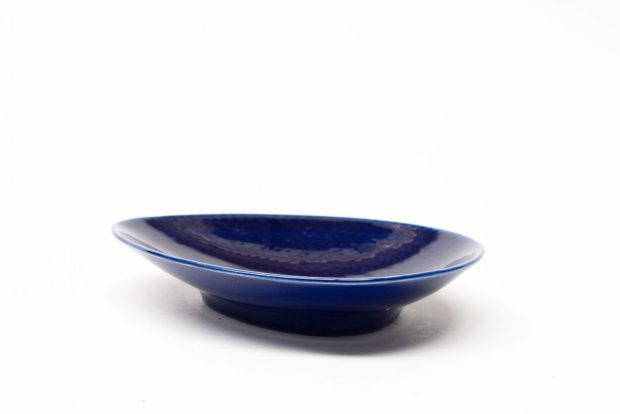 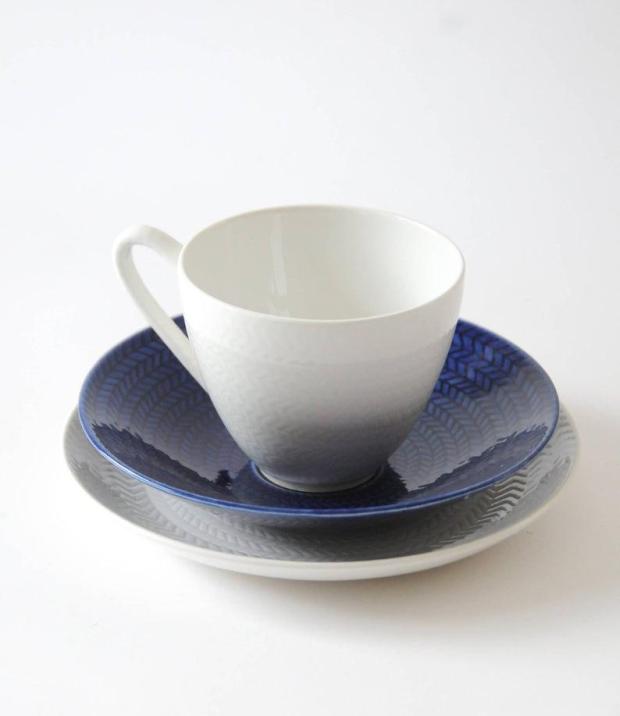 There are some fascinating sketches and other ephemera by and about Hertha held in the Sweidsh Designarkivets database HERE.

They give invaluable insight into the thinking and design process which Hertha followed. Below is one of Hertha’s working drawings of the Blue Fire design.