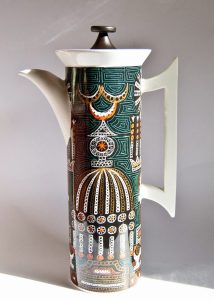 I think this design is just magic. It is appropriately named Magic City. The design was inspired by exotic middle eastern inspired domed buildings, and always reminds me of this time of year with a festive look about the design with its use of colour and line which hint of fireworks, Christmas lights etc, as well as the domed buildings of the Middle East.

It was designed by Susan William-Ellis at Portmeirion Pottery in 1966, and has become one of the great British classics of the era. The forms were used in several series which Susan designed around this time – and the shape was called “Serif”. Serif refers to the shape of the handle – and is a reference to how a serif is used in typography/calligraphy to add flare to the end of a corner. 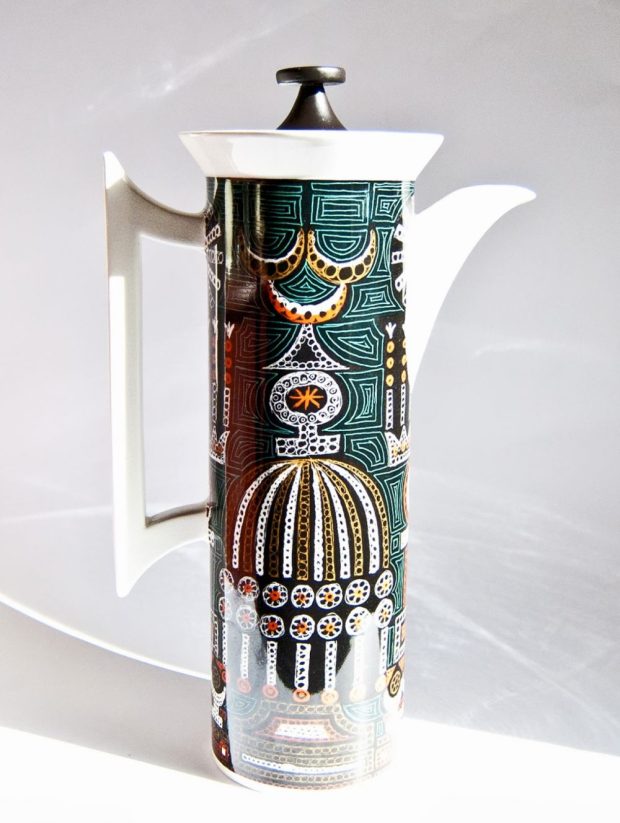 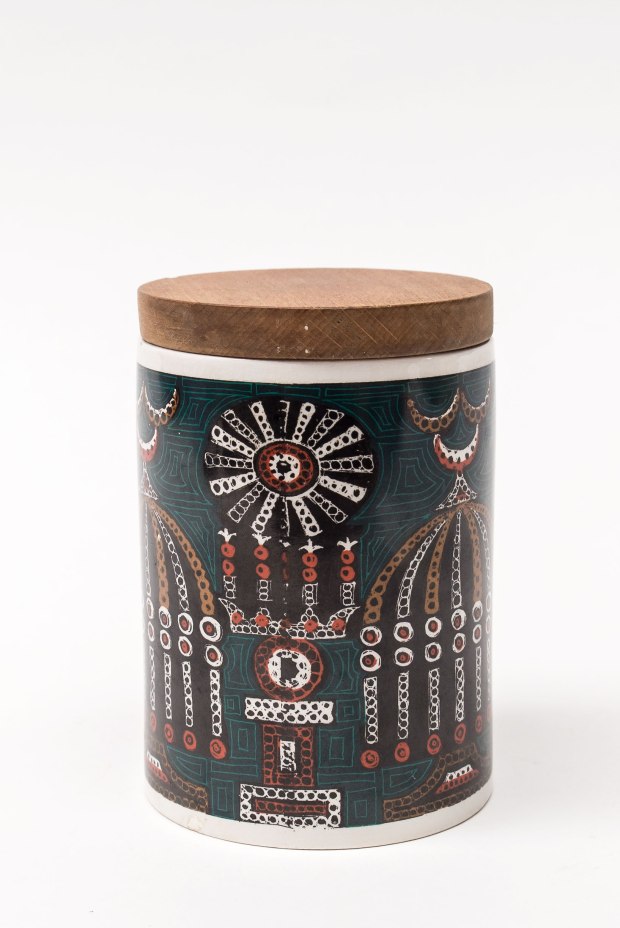 As a reference, below is an image of “Magic Garden” – a much harder design to find than “Magic City” 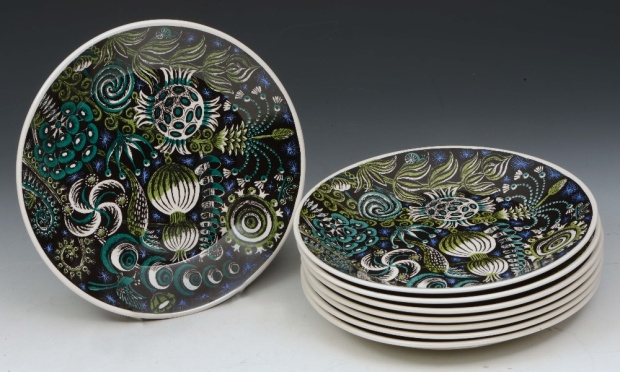