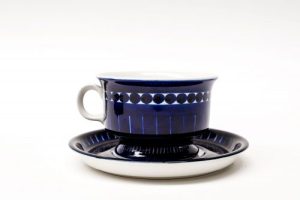 Valencia was designed by Ulla Procope in 1960 and became so popular it continued until around 2002.

It is one of the standout designs to come out from Arabia Finland in the second half of the 20th Century.

It continues to be one of the most desirable and valuable (on the resale market) Arabia Finland dinnerware designs.

The design features an intense cobalt blue oxide painted onto a white ground, with the deep cobalt blue covering almost the entire surface.

It was designed in an era when there were a large number of employees decorating products. For example In 1960 there were still 175 employees hand decorating wares. It is unfortunate this labour intensive work is no longer economical – even though the output of each painter every day was huge.

Often other Arabia Finland designs with this strong cobalt blue pattern are confused with, and sold as Valencia – for example Köökki (a design by Gunvor Olin Gronqvist) is one often mistaken as the Valencia design simply because of its bold cobalt blue design.

Like many of these highly patterned designs, it is hard to appreciate the effect of the overall look until you see a whole set of the pieces together, as in the last photo. 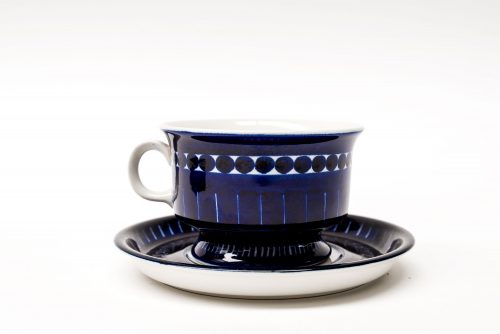 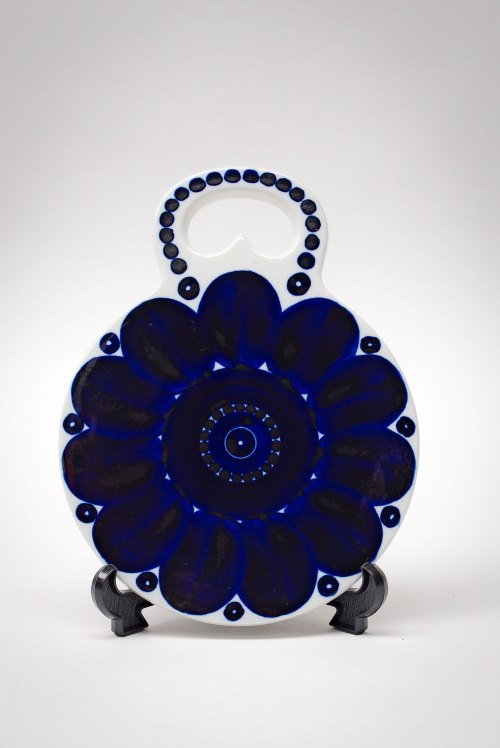