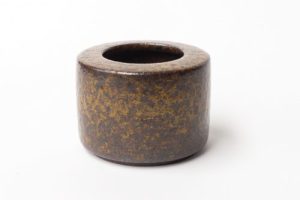 Per came from a strong artistic background, having graduated from the Royal Academy of Art in Copenhagen in 1931 and subsequent work as a sculptor.

The first items to be produced at Palshus were commercial wares in collaboration with Jens Quistgaard – being “Cherry Heering” Barware/Ashtrays for the Peter Herring Company, which they produced in very large numbers.

The early studio pieces from the studio were precise and minimalist in nature, with beautifully silken, matte haresfur glazes – mostly in subtle tones of either brown, blue, green or cream. The simple glazes and forms were a combination of Japanese and Scandinavian influences. Per was self taught in glaze technology and perfected these now iconic Palshus haresfur glazes. Per also often designed and drafted many of the forms and glazes and worked with other craftsmen and Annelise to realise the pieces. 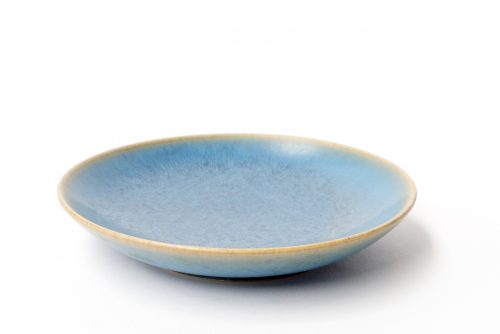 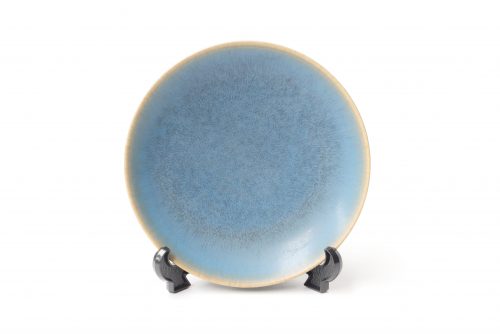 At Palshus the 1960s saw a change in style with the use of chamotte (textured clay) along with impressed/sgrafitto patterns, used in conjunction with more roughly textured,  glossy glazes.

Much of the output of Palshus was sold through Den Permanente in Copenhagen – as was the work of many important potters, craftsmen and artists at this time.

Palshus pottery is well marked with “Palshus Denmark” along with an inscribed number or number letter combination (which I believe is the form/shape number), and often a glaze or oxide colour number which is painted (rather than inscribed) on the base as a number or alpha-numerical code.

It will also have either Per’s or Annelise’s (or both) cyphers (PLS, ALS, APLS)….. but in the 1950s and 1960s several talented artists, sculptors and designers also worked at Palshus – including Kjeld Jorden (figurines), Jens Quistgaard, Billy Eberlein and Hugo de Soto (Artist/Painter).

The pottery closed in 1972, three years after the sad death of Annelise in a car accident at the age of 51. Per and Annelise had three children and five grandchildren including the ceramic artist/sculptor Annelise Linnemann-Schmidt (named after her grandmother) now back in Denmark after studying and working in the UK for several years. 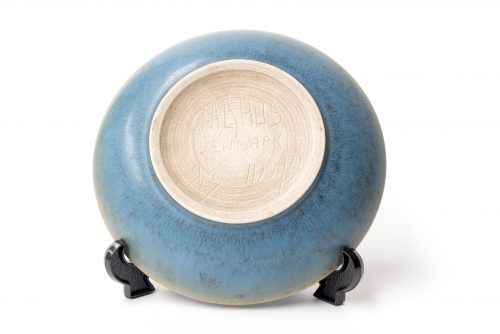 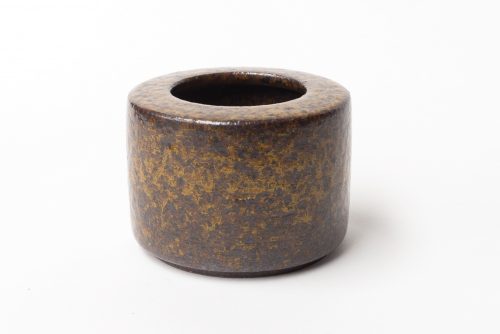 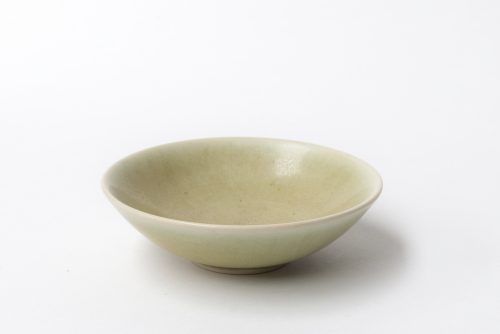 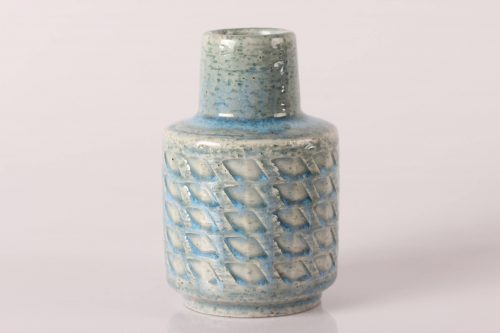 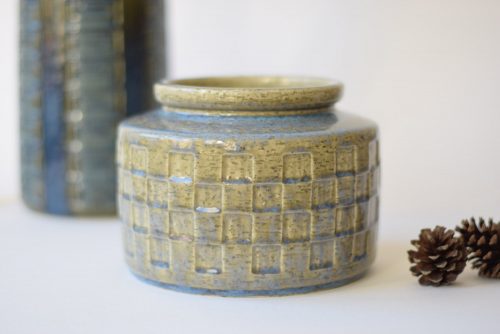 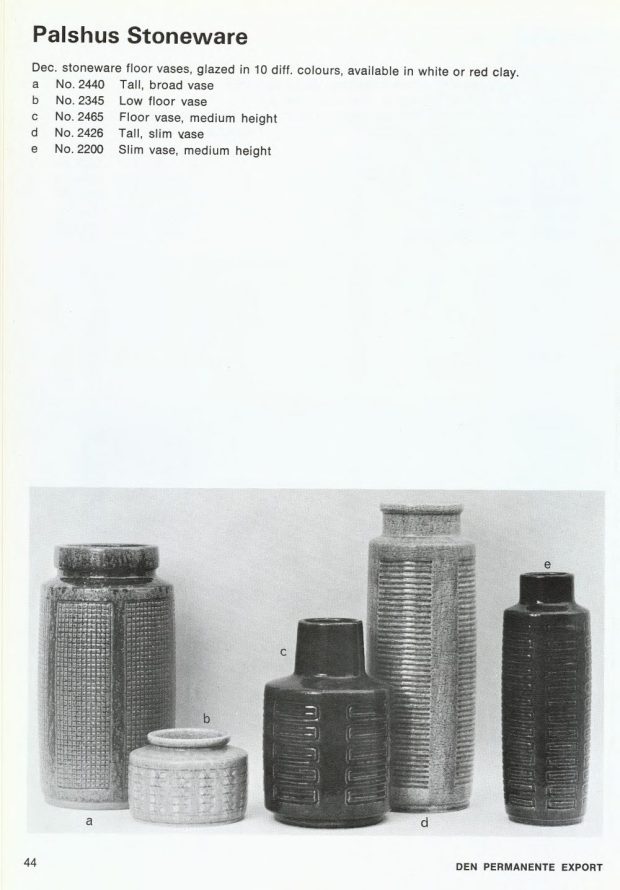 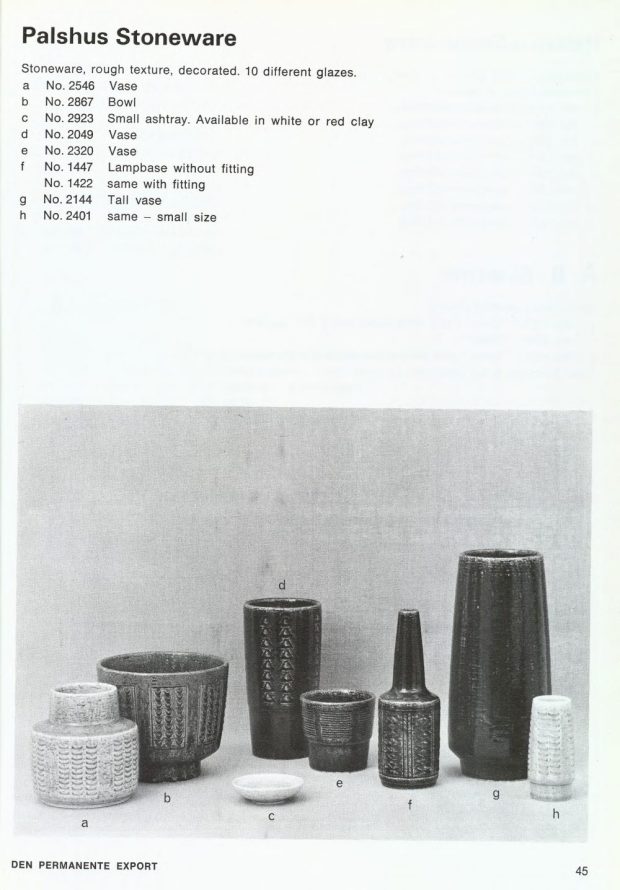